Pre-Orders on Steam will be available until launch

This move comes after the successful launch of The Division 2 on Uplay and the Epic Games Store, though it seems clear that both Ubisoft and Epic Games have learned their lessons from the controversial pulling of Metro Exodus from Steam. With Anno 1800, PC gamers on Steam will have plenty of time to pre-order the game on Valve's Steam client, though after launch, the title will only be available on Uplay and the Epic Games Store.

All planned updates and DLC for Anno 1800 will be available on Steam, giving Steam players no disadvantages when compared to other game clients. Valve released the following notice on Anno 1800's Steam page to assure users of their storefront of these facts.

Sales of Anno 1800 will be discontinued on Steam after April 16th due to a publisher decision to make the game exclusive to another PC store.

The publisher has assured us that all prior sales of the game on Steam will be fulfilled on Steam, and Steam owners will be able to access the game and any future updates or DLC through Steam.

We apologize to Steam customers that were expecting it to be available for sale after the April 16th release date. 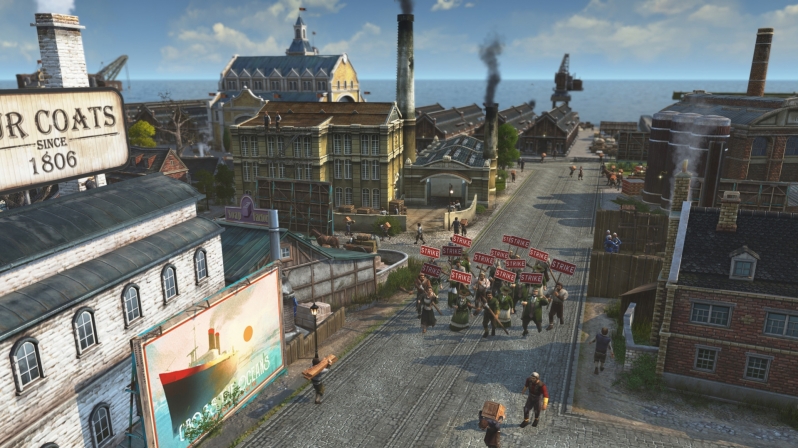 Anno 1800 will release on PC on April 16th on Uplay and the Epic Games Store. Pre-orders for the game are currently available on Uplay and Steam.

You can join the discussion on Anno 1800's planned removal from Steam on the OC3D Forums.

Dark NighT
Ahhh Epic swinging its huge sack of cash again, however Steam not matching Epic's price split is really shooting themselves in the foot once again.Quote

WYP
Quote:
A lot of it is Ubisoft knowing that this will get more people onto Uplay. Remember that this isn't an Epic Games exclusive. Either way, Ubisoft gets more revenue.Quote

tgrech
Yeah there will be more Epic+Uplay only games to come they've said, they're in a full partnership now and are working on further store/community integration, partly because Ubisoft are also pushing for heavy crossplay (Consoles/other stores) like Epic.Quote

Greenback
Only downside of that is the nice Steam salesQuote

NeverBackDown
You pretty much need Uplay anyway even through Steam. So I don't really think it'll matter if it is through steam or not.Quote
Reply