AMD's StoreMI tech is dead, but a "replacement solution" is planned

AMD's StoreMI tech is dead, but a "replacement solution" is planned

So why are we talking about a dead technology? After March 31st, AMD users could no longer download StoreMI. Yes, StoreMI is dead, but that doesn't mean that AMD has no plans to replace it.

When AMD revealed the end date of its StoreMI support, AMD announced that the company would "focus its internal development resources on a replacement solution with a rearchitected feature set", confirming that an alternative is coming later this year. Right now, AMD has plans to release its StoreMI replacement in 2Q20, and that is excellent news for future AMD users.

Existing users of StoreMI will be able to continue using their software as normal, with the only change being AMD's cessation of technical support for the software. Fresh downloads of AMD's StoreMI technology are no longer available from AMD's website, and AMD has not authorised any website to offer mirrors or downloads of this technology. 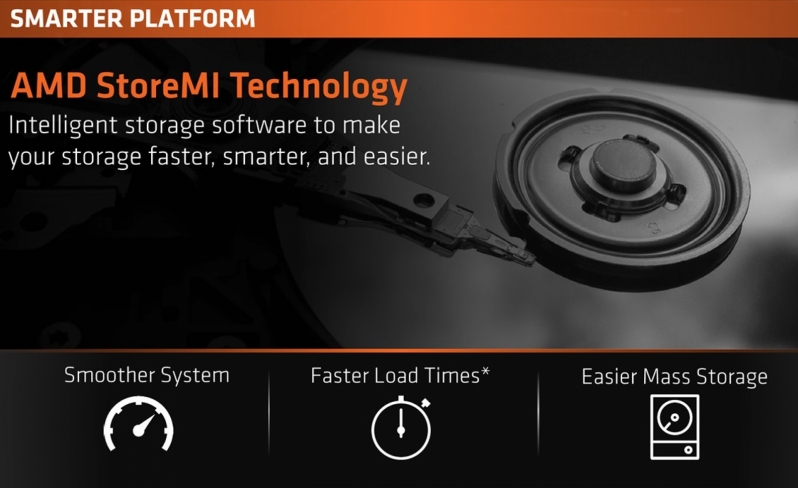 While it is sad to see StoreMI leave AMD's product catalogue, it offers the company an interesting opportunity to provide gamers with something better in the near-to-mid-term future. We look forward to seeing that AMD has in store for fans of its StoreMI technology moving forward.

You can join the discussion on AMD's plans to create an in-house replacement for StoreMI on the OC3D Forums.

grassman
Could be immense if done from the bios level pre load software/content onto DRAM on boot.Quote

MiNo
Any savvy computer user already have the most often needed stuff on the fastest media and saves the overhead and the potential errors such software causes.Quote