AMD's Zen 3 'Vermeer' CPUs are already in their B0 stepping

Now, a report from Igor's Lab has revealed that AMD's Zen 3 "Vermeer" processors are already in their B0 stepping, suggesting that AMD's next generation of Ryzen processors are ready for mass production. Typically, a processor's B0 stepping is production-ready silicon, featuring fixes which hampered older A-series steppings. It is very unlikely that AMD's B-stepping for Zen 3 will feature issues which will cause the processors to fail AMD's validation procedures.

If AMD's Ryzen Zen 3 silicon is ready for mass production, this will grant AMD a lot of flexibility when it comes to Zen 3's launch timing. With Zen 3, AMD can launch without any major stresses. If Igor's Lab's findings are correct, AMD won't be rushing Zen 3 onto the market. 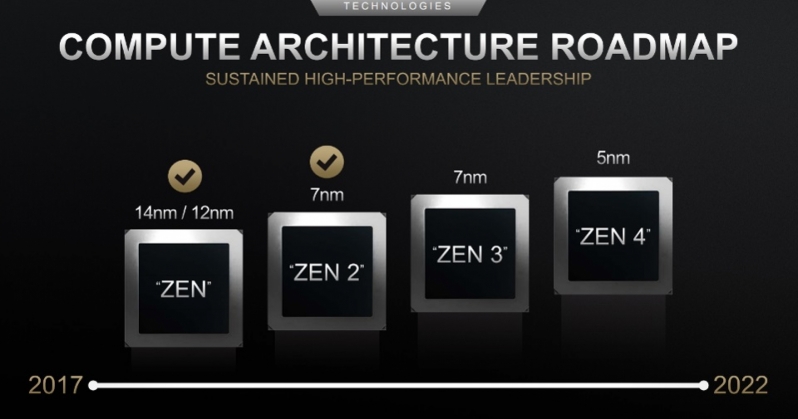 Based on AMD's slides, Zen 3 will support the same SP3 motherboard platforms as Zen 2 and ship with the same core/thread counts as today's Zen 2 series CPUs. AMD's slides also suggest that Zen 3 may deliver users more L3 cache than Zen 2 and feature a revamped cache structure. This cache redesign is likely to lower cache latencies on Zen 3 processors and help make EPYC/Ryzen more suitable for a broader range of enterprise/desktop workloads.

You can join the discussion on AMD's Ryzen 4000 series processors reportedly being production-ready on the OC3D Forums.

Giggyolly
Hopefully that means it's in production now, and will ship with plenty of supply later int he year!Quote

Dicehunter
Quote:
My guess is mid September, Quite looking forward to seeing the 16 core version

Piskeante
i will be buying the 8 core / 16 thread one. Hopefully it will not be too expensive and will be much faster than ryzen 3rd generation.Quote

NeverBackDown
Quote:
Hopefully the XT clocks carry over as well. That would be a big boost to it's IPC alone not including the other enhancementsQuote

AngryGoldfish
Quote:
Yeah, it'd be a shame if the clocks recede. I think that's something Intel users are gonna have to prepare for whenever their next new architecture is released. The IPC will have shot up, but there's no way they'll be hitting 5.3Ghz.Quote
Reply