AMD's B550 series motherboards are due to release in June

Cost-effective PCIe 4.0 support for the masses

AMD's B550 series motherboards are due to release in June

When AMD released its Ryzen 3000 series processors, many were disappointed that lower-cost B550 series motherboards were not delivered to the market, making PCIe 4.0 connectivity exclusive to higher-cost X570 series mainboards.

The reason behind AMD's decision to do this was simple. PCIe 4.0 is a new technology, and there wasn't a way for the company to deliver it in more affordable motherboard designs, at least at launch.

Now, it looks like AMD plans to release B550 series motherboards to the market on June 16th, at least according to WCCFTech's sources. Before that, a chipset reveal is planned for May 21st, which will reveal AMD's plans to bring PCIe 4.0 into the mainstream market.

At this time, the pricing of AMD's B550 chipset motherboards is unknown, though price tags of £90-£150 are expected. The cheapest X570 motherboards are currently available for £150-160, which is why we have given B550 the above pricing estimate. 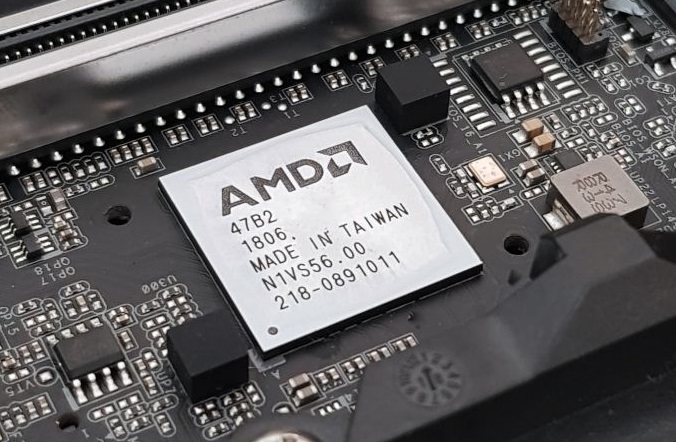 AMD's B550 motherboards will almost certainly support AMD's next-generation Ryzen 4000 series processors, Zen 3 powered chips which are due to release later this year. We are certain that AMD will support its AM4 socket with its Zen 3 Ryzen 4th Gen processors, as this would encourage upgrades and continue to make Intel's frequent socket changes look bad in the eyes of consumers.

With Computex 2020 being cancelled, it is likely that AMD will reveal its B550 chipset with a series of press releases and potentially a live stream (if AMD has other announcements to make). Expect to hear more in the coming weeks and months.

You can join the discussion on AMD's B550 series motherboards on the OC3D Forums.

g0ggles1994
I suspect AMD have been trying to refine B550 so it can support everything without needing active cooling like X570 since these are cheaper boards so it'll help keep costs down.Quote

WYP
Quote:
AMD got its chipset by basically reusing I/O dies from Zen 2 processors, which gave them volume manufacturing to help keep costs down and early PCIe 4.0 support

B550 could be a chip from ASMedia, which would likely cut down the fat from AMD's design and bring the size and TDP down to lower levels. So I think B550 will allow more motherboards to remove the chipset fan.

TBH, X570's fan was the cost of early PCIe 4.0 support, which is a worthwhile trade-off given how little these fans need run in practice. I will be interested in seeing how B550 works and how X670 works.

With the way consoles are going, storage will become increasingly important in PC games, so I can see PCI 4.0 as a huge selling point for forward-looking PC gamers.Quote
Reply