AMD's 7nm APUs will reportedly be ready in late 2019

AMD's 7nm APUs will reportedly be ready in late 2019

One of the questions surrounding Zen 2 is this; when can we expect the architecture to arrive on mobile platforms, or to put it another way, where is Zen 2/Ryzen 3rd Generation mobile?

The simple answer is this, AMD is a small company and can only focus on a certain number of launches at a time, which means that Zen 2 will come to mobile after it hits servers and desktops. Earlier this year it was confirmed that 7nm APUs would not be chiplet based this generation, which means that we can't expect AMD to use the same eight-core chiplets as before to create their next-generation Ryzen mobile parts.

Zen 2 Mobile needs new silicon, and a new report from WccfTech has claimed that AMD's next-generation of Ryzen mobile chips will be ready in Q4 2019, sometime around November.

It has been suggested that Zen 2 Mobile will be AMD's big push for CES 2020, with AMD bringing their low power 7nm designs to mobile users, packing increased performance and lower levels of power consumption than AMD's existing hardware. WccfTech's source calls the product a "Raven Ridge 7nm Refresh", which is strange as the term refresh implies that AMD's 7nm lineup will be a mere 7nm version of AMD's existing Ryzen mobile APUs, which is a little crazy given the fact they currently use Zen+ CPU cores and Vega graphics.

What makes more sense is that AMD plans to utilise their existing 7nm IP to create their next-generation of Ryzen mobile products, merging their 7nm Zen 2 cores with their 7nm Vega or Navi (preferably Navi) graphics IP.

In the coming years, Intel plans to battle with AMD to create the world's best mobile graphics chips, which means that a strong showing at the start of 2020 is a must for AMD if they plan to gain market share in the mobile PC market. AMD needs to put its best foot forward with its next-generation Ryzen mobile parts, and that wouldn't be the case with a mere 7nm die shrink of today's Ryzen mobile processors. 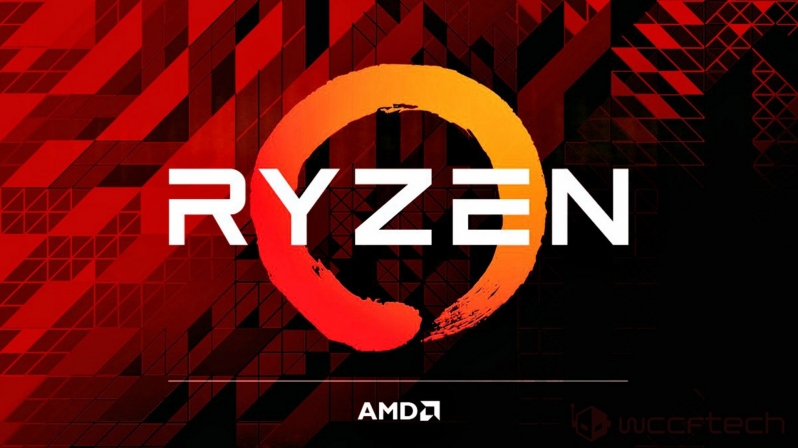 If this rumour is true, we can expect AMD to announce their third Generation of Ryzen Mobile processors in late 2019 or early 2020, with CES 2020 being the more likely launch venue, as this will give OEMs ample time to prepare next-generation mobile devices. This will also make the launch on 3rd Generation Ryzen mobile one year after the reveal of AMD's 12nm Ryzen 2nd Generation mobile (the Ryzen Mobile 3000 series).

You can join the discussion on AMD's rumoured 7nm APU plans on the OC3D Forums.

NeverBackDown
I can't believe you really made an article on this.

They call this an exclusive article and DONT EVEN GIVE A SOURCE OF INFORMATION.

Exclusive articles are always given a source.Quote

hmmblah
Well, he says it's based on a rumor more than once in the article. I'm failing to see the problem here.Quote

NeverBackDown
Considering Marks source of information calls this "exclusive information" yet fails to have a source, it's clickbait. And Mark fell for it on top of making an article about it from a known unreliable website.

There's plenty wrong with that. Just means he's also click baiting despite saying it's rumours. I'm not even sure how it was confusing. Plus he said the word rumour once.

He reported on something that was "exclusive information" yet that source had no source. Then he proceeded to say it was a rumour. Meaning he knew full well that it was a trash article yet commented on it anyway and made clickbait. That's my issue.Quote

WYP
Quote:
All I am going to say is that WCCFTECH was right about the Radeon VII well in advance. They were also right about Mike Rayfield, the former head or RTG, leaving AMD in advance.

As much as I can agree that WCCFTECH has a history of unreliability, they have gotten a lot of recent information correct, especially with regards to AMD.

Regardless of how good the source of a rumour appears to be, my policy is to call it a rumour. Was this rumour worth commenting on? I think so, Usman Pirzada, Wccftech's writer, has gotten things right in the past and at this time in AMD's journey I believe that it is worthwhile that we discuss their future product portfolio.Quote

NeverBackDown
You can have your policy. The fact is out of all the media sites (big ones being the most relevant) only this one and one other(which I've never even heard of) reported on this "exclusive" report. Just goes to show the standard the original content did not meet if many sites didn't even bother.

I also have an issue with your statement of "regardless of how good the source of information appears to be"
That could be interpreted as the article is obviously bad but if it's clickbait enough it's worth doing and I'll just call it a rumour to cover my butt. That shouldn't be the standard.


I'm not trying to be rude but I just don't like this content and I feel like the standard should be higher as it always has.Quote
Reply