What does AMD plan to showcase?

At 4 PM GMT on October 28th, AMD plans to showcase its RDNA 2 architecture. At there "Where Gaming Begins" event, AMD will showcase how they have enabled the next generation of gaming on Xbox Series X/S, PlayStation 5 and future Radeon powered PCs, highlighting how the company's latest innovations will change the gaming landscape.

AMD has confirmed that at least five upcoming games will be showcased at their "Where Gaming Begins" event. These titles include games like DIRT 5, Godfall, World of Warcraft Shadowlands, Rift Breaker and Far Cry 6.

With these games, AMD plans on "telling the story of how AMD Radeon RX 6000 Series and the RDNA 2 architecture" have "enabled a new level of fidelity" within these upcoming titles. At this time it is unknown what graphical features AMD are alluding to.

We hope that AMD will deliver an answer to Nvidia's DLSS technology, an alternative upscaling technology which will work across AMD's RDNA 2 products. With all next-generation consoles running on AMD silicon, such a feature has the potential to transform the gaming landscape, especially if it is available on non-Radeon hardware through an API like DirectML. We have previously discussed how DirectML could be used to deliver DLSS-like results.

Tomorrow we'll be showcasing some incredible titles from our gaming partners, telling the story of how AMD Radeon RX 6000 Series and the RDNA 2 architecture enabled a new level of fidelity for fans who Game On AMD. 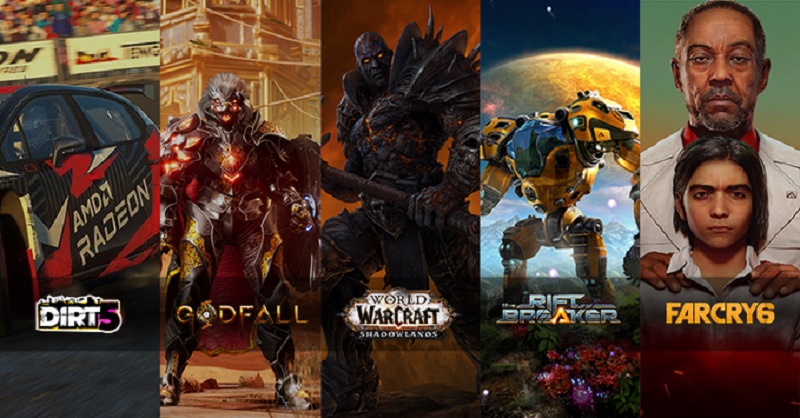 You can join the discussion on AMD's plan to show how RDNA 2 enables "a new level of fidelity" at their RX 6000 series reveal event on the OC3D Forums.