AMD has started to celebrate their 50th Anniversary, bringing to the market a new gaming bundle as well as a selection of "Gold Edition" products, which include a Special Edition Ryzen 7 2700X and a Limited Edition Red Radeon VII.

Below is a comment from AMD's John Taylor, the company's chief marketing officer.

For a half century, AMD pushed the boundaries of what’s possible in high-performance computing to create new experiences and possibilities for hundreds of millions of people,

We celebrate this moment with our fans around the world who inspire us to push forward in that spirit for another fifty years to 2069 and beyond. 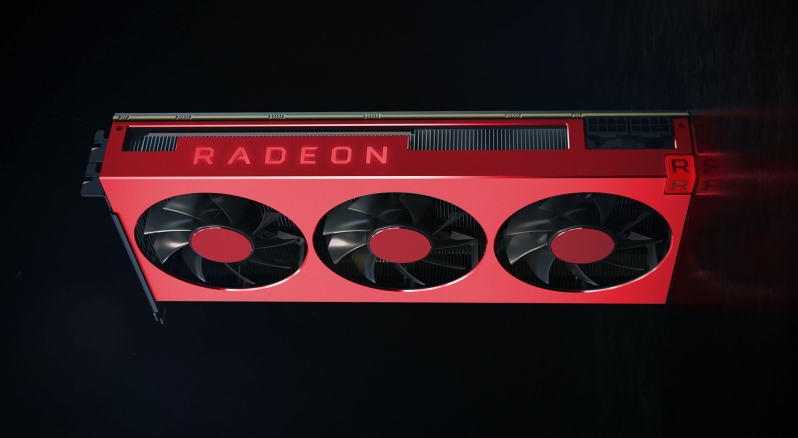 AMD has also announced a new gaming bundle, which will apply to both AMD's Ryzen 2nd Generation processors (Ryzen 5 or over) and AMD's RX 570, RX 580, RX 590, Rx Vega 56, RX Vega 64 and Radeon VII graphics cards. This offer will be available between April 29th and June 8th.

As part of this game bundle, purchasers of new AMD products will receive codes for Saber Interactive's World War Z and Ubisoft's The Division 2: Gold Edition, which includes the game's Year 1 Pass, seven-day early access to The Division 2 Episodes 1, 2 and 3 and several other neat add-ons. This game bundle does not apply to Ryzen Threadripper processors. 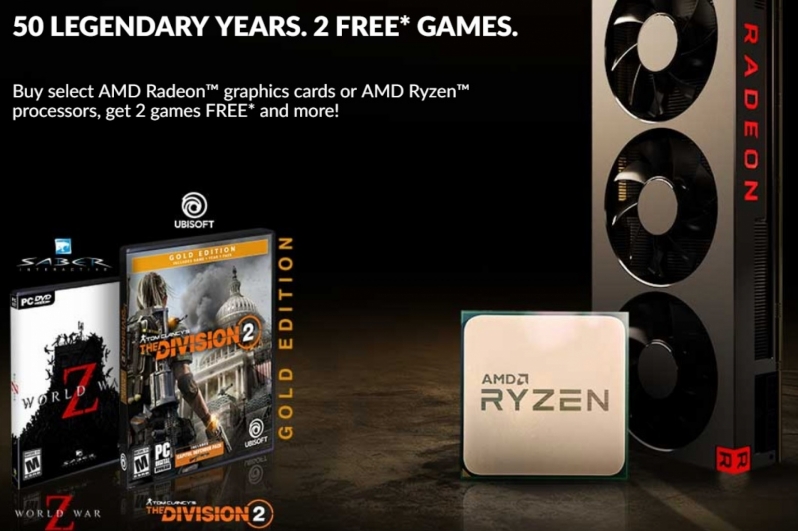 You can join the discussion on AMD's Ryzen/Radeon 50th Anniversary Game Bundle on the OC3D Forums.