Ray tracing will be a focus on AMD's next-generation offerings

A new job listing for the "AMD Game Engineering team" has announced the company's plans to "focus on ray tracing" after the release of the company's RDNA 2 graphics architecture.

AMD's Game Engineering team works with external game developers to help make their games operate "as efficiently as possible". Many of these optimisations will impact all gaming PCs, though AMD's staff will work to optimise games with Ryzen/Radeon CPU, APUs and discrete GPUs in mind.

Within AMD's job listing, one of the key responsibilities of their "Game Engineering" role will be to "Integrate features into game titles with a focus on ray tracing", confirming AMD's plans to help integrate ray tracing into future PC titles. This focus on ray tracing makes sense given AMD's support for hardware-accelerated ray tracing and the fact that their architecture is a common factor between Radeon-powered PCs and both the PlayStation 5 and Xbox Series X.

With both next-generation consoles featuring support for hardware-accelerated ray tracing, it makes sense for AMD to focus on this graphical feature moving forward. In time, future games may require ray tracing support to operate, and AMD needs to prepare for that.

Alongside support for ray tracing and other RDNA 2 features, AMD has already confirmed that RDNA 2 is going to deliver a massive 50% improvement in power efficiency over RDNA, a feat which highlights how much AMD has improved their graphics technology in the run-up to the next console generation. 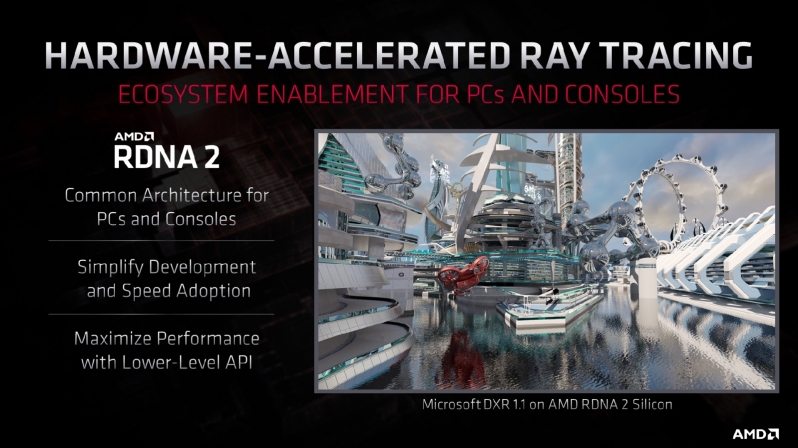 You can join the discussion on AMD's plans to focus on ray tracing after RDNA 2's launch on the OC3D Forums.