When AMD released Radeon Software 18.10.1, we noted that the driver only offered support for 64-bit operating systems, with the driver's release notes listing no reasoning behind the change.

At the time, AMD's motives behind this change were unclear, as this release acted as the launch driver for Windows 10's October 2018 update, making it somewhat logical that support would be constrained, given the complexities of the new OS iteration. It was far too early to conclude that AMD had dropped support for 32-bit operating systems, at least without official confirmation.

4gamer has managed to get a response from AMD regarding their support for legacy 32-bit operating systems, confirming that future releases of Radeon Software will not support 32-bit OS', a change which will allow AMD to push more engineering resources into improving their driver's functionality while adding new features.

This change enables AMD to dedicate valuable engineering resources to Developing New Features and Enhancements for Graphics Products Based on the Latest X64-Bit Windows Based Operating Systems. 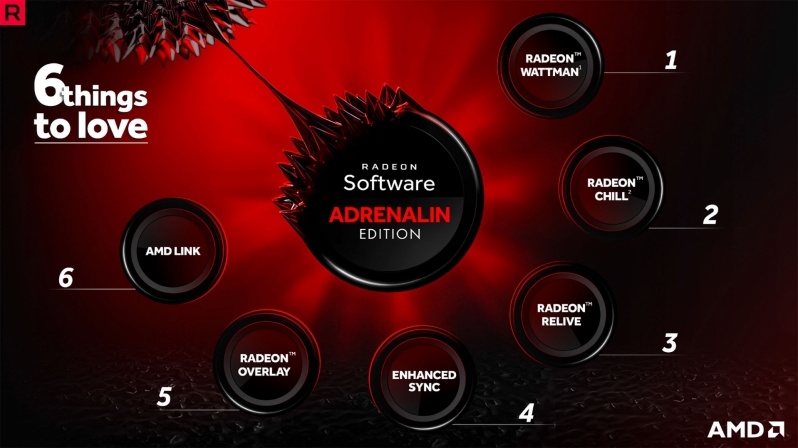 Dropping support for 32-bit will also free up more engineering and QA time that can be used to focus on other aspects of AMD's upcoming Radeon Software releases, allowing this change to benefit users of modern operating systems.

You can join the discussion on AMD dropping support for 32-bit operating systems with future Radeon Software releases on the OC3D Forums.

Avet
Does anyone still use 32-bit OS?Quote

Gambit2K
Quote:
Anyone that has just 4 Gigs of ram should use 32 bit OS (suprisingly many laptops sold in 2018 only have 4 GB RAM, and some are 700+ Euro ones). As the 64 bit versions actually uses more RAM.Quote

tgrech
While 64-bit OS' are notably larger in install size and a tad heavier in startup RAM use, it's still generally recommended to use x64 on any modern system, particularly ones with 4GB of RAM, because the 32-bit limitation isn't a massive issue regarding the hardware's RAM size (Despite popular conception x86 extensions solved the problems of extending physical RAM beyond 4GB without the need for 64-bit addressing). The issue is that on a 32-bit system a program can't use more than 4GB of virtual or physical combined memory regardless of how much virtual memory could possibly be available, requiring processes generally stay within a strict 4GB limit. on a 64-bit system with 2-4GB physical memory it could still run a process that required 8GB of memory to run if it had enough virtual memory it could allocate to it, albeit with a performance hit.

So mostly 64-bit is used on low-RAM devices for compatibility reasons(Not just memory requirements but some software is x64 only and many drivers, I believe NVidia switched over a year ago), and to allow upgrades without having to reinstall the whole OS.

It's unlikely any system using the AMD GPUs targeted by this driver is going to be running with 2GB of RAM and 20GB of storage so it's probably not going to be much of an issue. I think Microsoft is targeting Windows-On-Arm for their cheaper ultramobile segment.Quote
Reply