Aliens: Fireteam is coming to PC and Consoles in 2021

The game's coming to PC through Steam

Aliens: Fireteam is coming to PC and Consoles in 2021

Cold Iron Studios have revealed that Aliens: Fireteam, a third-person, squad-based survival shooter, will be coming to PC and consoles in Summer 2021. So far, the game has been confirmed for Xbox One, Xbox Series X/S, PlayStation 4, PlayStation 5 and PC (through Steam).

Aliens: Fireteam is a co-operative shooter where players can form a Fireteam and take on hordes of deadly Xeonomorth. Players will assume roles within Assault Unit LV-895 of the Colonial Marines, where they will search through ancient alien ruins and fight against alien threads and corporate interests.

In multiplayer, Aliens Fireteam can support three players online or be played with two AI teammates in solo mode. The game will feature four unique campaigns and new storylines for the Aliens universe. Players will choose from a variety of classes and select a unique loadout of weapons, perks and modifications.

Within the game, Cold Iron boasts over 20 enemy types at launch and 11 Xenomorph variants, evolving from Facehuggers to Praetorians, each of which will have unique AIs, behaviours, strengths, and weaknesses.

Aliens: Fireteam is a title that is comparable to games like Left 4 Dead, World War Z, and Vermintide II, requiring co-op play and smart manoeuvring to ensure the survival of your Fireteam. Right now, Aliens Fireteam has no firm release date and no listed PC system requirements on Steam.

You can join the discussion on Aliens: Fireteam coming to PC and consoles this summer on the OC3D Forums. 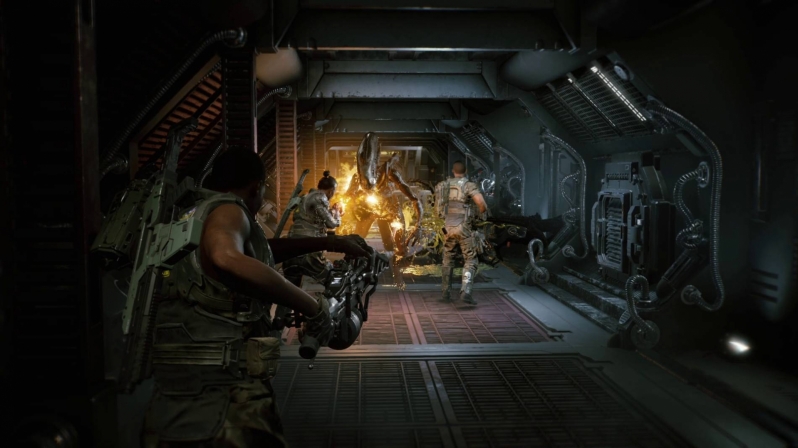 KingNosser
Yes I am intrested

Dicehunter
A friend and I actually had a lot of fun with Aliens Colonial Marines contrary to the game not living up to the hype, Hopefully this will also be fun.Quote
Reply