Ready yo race across Britain?

Forza Horizon 4 is set to release on October 2nd on both PC and Xbox One, but before that day comes gamers on both platforms will be able to access a free demo for the game on the Microsoft Store and Xbox Live respectively.

The Forza Horizon 4 demo has now been listed on the Microsoft Store with a September 12th release date, alongside a 27.83GB download size and the same PC system requirements as the final game.

At this time it is unknown how much content will be contained within this free demo version, though it is expected to include several vehicles and race types.

At Gamescom, Playground Games confirmed that Forza Horizon 4 would feature support for ultra-wide 21:9 resolutions on day-1, feature an adjustable FOV setting and offer graphical settings that are "beyond Ultra". This means that the PC version will be able to provide visuals that surpass the game's Xbox One X counterpart, allowing players to fully utilise the might of modern graphics hardware on the PC platform. 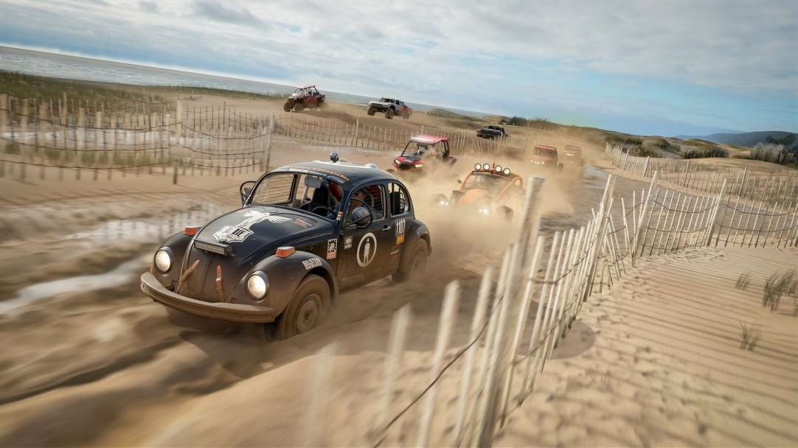 Forza Horizon 4 players should have a minimum of a dual-core, quad-thread Intel Core i3-4170 processor or a quad-core i5-750 processor, with the developers recommending an i7-3820. The game will require PC players to be using Windows 10 build 15063.0 or higher and have access to 8GB of system memory, though 12GB is recommended for higher graphical settings.

On the graphics side, the games minimum requirements remain the same as Forza Horizon 3, asking for an AMD R7 250X or Nvidia GT 740, though the Nvidia GTX 650 Ti has also been added to the list. Playground Games recommends Nvidia's GTX 1060/GTX970 graphics cards o AMD's R9 290X or RX 470 graphics cards.

Digikid
Well this just made my day. Forza Horizon series is the absolute BEST driving games EVER. NOTHING else even comes remotely close!


Gonna give this a whirl on my Xbox One X and my PC.Quote

WYP
Update - The demo is now available to download.Quote

Dicehunter
Couldn't find it on the store so did a quick google search and got it that way from Microsofts site which just opens up the MS Store in Windows anyway, For any that need it -

Daiyus
I've got the Ultimate Edition pre-ordered. Don't know whether to grab the demo or go in completely fresh on the 28th.Quote
Reply