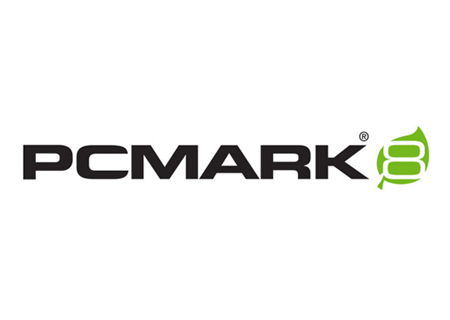 It's been over two years since the release of the last PCMark and we were beginning to wonder when we'd see a return of the popular system benchmark. We've been using PCMark since December 2008 as it's a great way of seeing how a certain change of hardware can affect overall system scores.

Unlike the various 3DMarks that focus primarily on your graphics solution, PCMark tests your entire system to see how it's performing. PCMark runs a series of benchmarks which test the performance of web browsing, image editing, video playback, and word processing to name but a few. By collating all these results we can compare the overall power of our test systems.

Improving on previous releases, PCMark 8 includes battery life measurement tools and new tests using popular applications from Adobe and Microsoft. Whether you are looking for long battery life, or maximum power, PCMark 8 helps you find the devices that offer the perfect combination of efficiency and performance for your needs.

Previous iterations of PCMark have been simple open and run programs with a single large test to run with the scores given at the end split up into Gaming, Creativity, and Productivity as well as many others. This year's a little different as Futuremark has opted for 6 different tests depending on the workload. This should allow those focusing on a particular requirement of their system to streamline their testing. 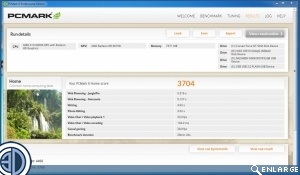 The results window from the PCMark 8 Home benchmark.

The six new categories are as follows: Home, Creative, Work, Storage, Applications, and Battery life. The first four tests are much of what we've seen in the past with web browsing, simple image editing, video playback, and word processing being tested. The latter two tests, Applications and Battery life, are a little different.
The Applications test uses Microsoft Office and Adobe Creative Suite to benchmark the performance of a system, but it requires these software suites to already be installed on your system. Great for those who have them, but those who don't are left in the dark.
The battery life test is a neat feature for mobile users. The test runs loops of either the Home, Creative, Work, or Applications benchmark until the battery is almost empty. This is a great way to see how your laptop would deal with such workloads in real life.

Presently the only way to get your hands on PCMark 8 is to buy the Professional Edition, coming in at a whopping $1495 (US). This may be acceptable for business users who require greater control but it's far too much for the average enthusiast. The Basic and Advanced Editions are yet to be released, with the Basic Edition being a free download and the Advanced Edition priced at just under $50.

It won't be long until you see PCMark 8 being included in our testings, and we look forward to seeing the results of other users too.
Want to discuss this further? Be sure to drop a post on the OC3D Forums.