7zip vulnerability opens up the program to arbitrary code execution

7zip vulnerability opens up the program to arbitrary code execution

A high-risk vulnerability has been found in 7zip, the free file archiving tool for Windows PCs. The vulnerability could be used for arbitrary code execution, impacting systems with high-level privileges the hardest.

In a worst-case scenario, attackers could use the exploit to install programs, view, change or delete data or create new accounts within a system with full user rights.  The impact of the vulnerability is lower for systems with fewer administrative rights.

This exploit has been given the Common Vulnerabilities and Exposures (CVE) ID of CVE-2018-10115, with the creator if 7zip having already released an updated version of the utility with a fix for the vulnerability. Versions of 7zip that are older than version 18.05 remain vulnerable to the exploit. This version of 7zip released on April 30th, which means that users of older versions of the program should update their systems immediately.

Below is a technical summary for the exploit, as described by CIS security.

A vulnerability has been discovered in 7-Zip, which could allow for arbitrary code execution. The NArchive::NRar::CHandler::Extract method in CPP/7zip/Archive/Rar/RarHandler.cpp performs decoding of archive data using a largely uninitialized state. This state together with a lack of address space layout randomization (ASLR) on the main executables (7zFM.exe, 7zG.exe, 7z.exe) can cause memory corruptions that lead to arbitrary code execution. (CVE-2018-10115)

Successful exploitation of this vulnerability could allow for arbitrary code execution. Depending on the privileges associated with the user, an attacker could then install programs; view, change, or delete data; or create new accounts with full user rights. Users whose accounts are configured to have fewer user rights on the system could be less impacted than those who operate with administrative user rights.

We recommend the following actions be taken:

- Apply appropriate updates provided by 7-Zip to vulnerable systems, immediately after appropriate testing.
- Run all software as a non-privileged user (one without administrative privileges) to diminish the effects of a successful attack.
- Apply the Principle of Least Privilege to all systems and services. 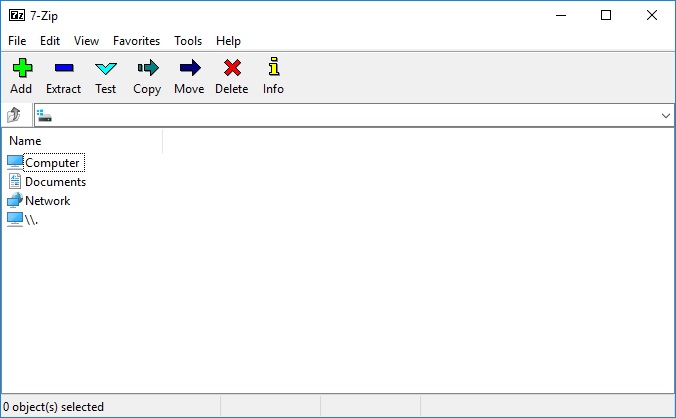 You can join the discussion on the 7zip vulnerability that can open up systems to arbitrary code execution on the OC3D Forums.

TheF34RChannel
That's me happy having purchased a WinRAR license. But yeah thanks for the post as I know many use it.Quote

NeverBackDown
So does the link in the article for the newest update include a patch for this?Quote

WYP
Quote:
Yes, version 18.05 or newer contains fixes for the exploit. All you need to do is uninstall the old version and install the latest version.Quote