Total War Saga: Troy was available for free on PC through the Epic Games Store on launch day, allowing 7.5 million PC gamers to redeem copies of the title before the game reverted to its full retail price of £34.99.

This limited-time giveaway has exceeded the expectations of Creative Assembly, who sought to enlarge its potential playerbase by introducing the series to a larger number of PC gamers than ever before.

Total War Saga: Troy will be available exclusively on the Epic Games Store until August 13th 2021, after which the game will also be available through Steam.

PC gamers can expect to read our full Performance Review and Optimisation Guide for Total War Saga: Troy in the coming days. 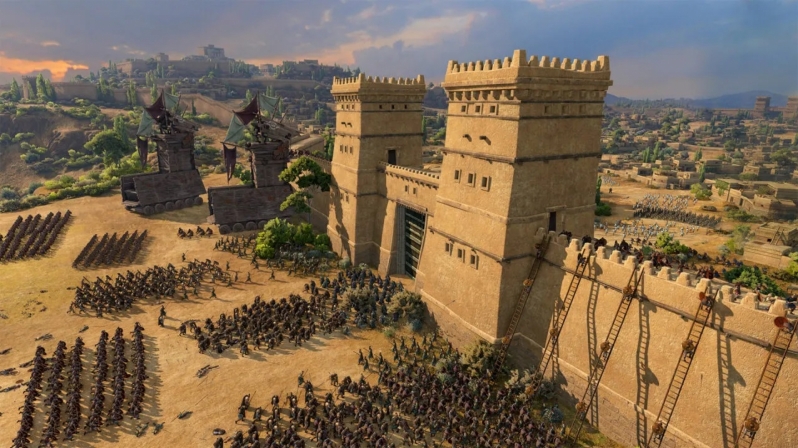 You can join the discussion on Total War Saga: Troy being claimed by 7.5 million PC gamers on the OC3D Forums.

NeverBackDown
Only got to turn 20 I think playing as Hector. It's alright so far. Warhammer 2 is better so far but I'm not used to the units and abilities yet.

Graphics are meh. The UI is just not that great and zooming over anything it's kinda ugly. I will say performance is far better than Warhammer. It's probably even better than 3k. So that's impressive at least+though given graphics I would hope so). Also love the end turn times. FINALLY fast. Probably around 8 seconds.

Overall so far in my limited play through I give it a 6.5/7 out of 10Quote

WYP
Quote:
One of the big things about the Saga games is their smaller scope and faster development cycle. Sadly that means the same attention to detail isn't there for graphics. That said, this is so much better than what we got with Thrones of Britannia performance-wise.

I find it strange that they went back to MSAA with this release.

NeverBackDown
I don't mind the fact graphics aren't the focus, but it's worse than Warhammer 1 which is 4 titles old by this point. At least make it equal to Warhammer 2 which the engine is based off of.

Performance is great. That's a big saving grace. Unlike W2. If they could improve the UI it wouldn't be as bad in my opinion. It's a Saga title so they are experimenting. So I won't fault them for weird choice's, but man at least get the UI right. It's a terrible experience at 1440pso far. The UI scale slider just sucks. The majority of it is just blurry unless it's at 100% by which point it's just tiny.

WYP
A lot of it comes down to the time that they have to spend on artwork.

What I'm curious about is what the next Total War will be. Warhammer III?

Part of me would love to see Empire Total War revisited. Loved that game.Quote

Warchild
Quote:
WHIII is supposed to be next year and the final part of the trilogy. I believe its content will cover the eastern part of the campaign map.Quote
Reply