Is your PC ready to run Halo: Reach?

Microsoft has officially released the PC system requirements for Halo Reach's upcoming PC version, revealing how powerful your gaming hardware need to be to run Halo at average framerates of around 60FPS.

The requirements below feature system specifications for 1080p 60FPS gameplay and 4K 60FPS gameplay, both of which are very low by today's standards.

On PC, Halo Reach will support separate Field of View options for Vehicles and First-Person viewpoints and offer players support for Resolution Scale options and multiple aspect ratios. This should allow PC gamers with 1080p monitor to downsample Halo Reach from higher resolutions if their hardware is up to the task. This is great news for PC gamers with high-end GPUs in their systems. 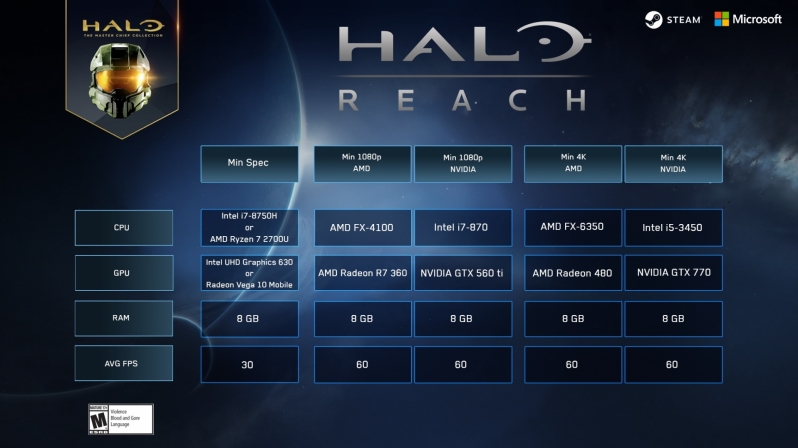 You can join the discussion on Halo Reach's PC version on the OC3D Forums.

cooperman
I think my pc was ready 10 years ago looking at those specs..Quote
Reply