2K Games announces a multi-year Gaming Partnership with the NFL

Ready for some new NFL games?

2K Games announces a multi-year Gaming Partnership with the NFL

The NFL has teamed up with 2K games to create a new series of American Football titles. This multi-year agreement sees 2K Games return to its NFL 2K series, which were previously released between 1999 and 2004, after which, the NFL made a deal with EA Sports to create the NFL Madden franchise.

Right now, 2K's first new NFL game is due to launch in 2021, with the NFL describing 2K's games as "non-simulation football game experiences", which means that 2K Games will be unable to compete with EA's Madden franchise.

2K has several new games in development for the NFL, but none of them are allowed to compete with EA's NFL titles, which are all NFL-licensed simulation football video games. The NFL's new agreement with 2K Games will allow more American Football games to be released worldwide, with EA catering to detailed simulations while 2K designs "fun, approachable and social experiences".

Through these efforts, the NFL hopes to expand the fanbase of NFL football, bringing American football into the hearts and minds of a new generation of gamers. This deal is a multi-year partnership, but at this time the exact terms of the deal are unknown. 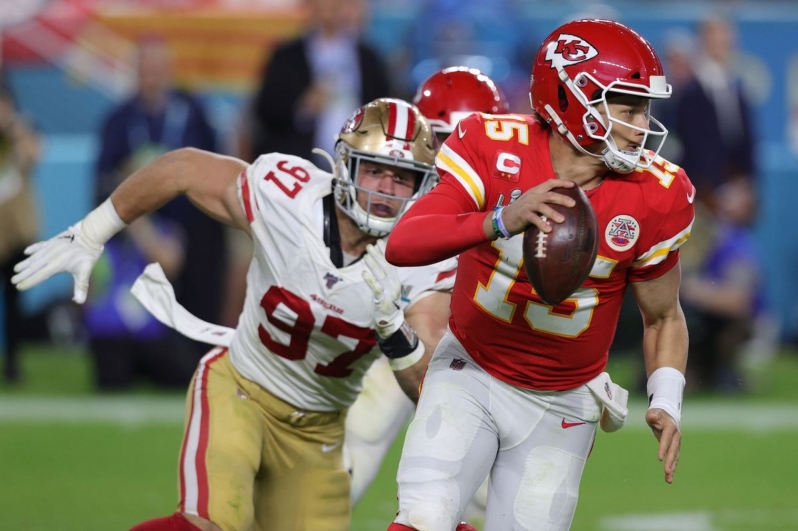 NeverBackDown
Links are broken and your headline says NHL.


And this just sounds dumb.Quote

WYP
Quote:
Links fixed. The way I see it, the NFL wants more games and EA won't make them. 2K is, so the NFL is giving them a chance to make games that a little more fun and entry-level than the Madden series.Quote

NeverBackDown
The whole point of playing a sports game is to play the sport. So if they can't do a simulation type experience, as every sports game does, then it just sounds awfully boring.Quote

KingNosser
NBA Jam was the best basketball game ever made and that wasn't realistic not that I'm intrested in football, but EA yea the name says it all.Quote
Reply