20XX, Barony and Superbrothers: Sword & Sworcery EP are all available for free on the Epic Games Store

Wilmot's Warehouse will be available for free next week

20XX, Barony and Superbrothers: Sword & Sworcery EP are all available for free on the Epic Games Store

For the next week, Epic Games will be giving away free copies of 20XX, Barony and Superbrothers: Sword & Sworcery EP, three popular indie titles which have all received positive review ratings on Steam.

20XX is a Megaman0like roguelike action platformer, where players must traverse ever-changing levels and collect items and power-ups to challenge mighty boss creatures. This game is playable as a single-player experience or as a co-op title, supporting two-player gaming both online and locally.

Barony is a first-person rogue-like with Minecraft-esque visuals, like 20XX, this game features support for co-op, allowing players to run dungeons with their friends, collect items and play using a variety of fighting styles using the game's open-class system.

Superbrothers: Sword & Sworcery EP is an exploratory action adventure with an emphasis on audiovisual style. Players will be able to explore a magical world while enjoying a highly praised musical score from Jim Guthrie, which was praised as  "The Best Videogame Music of 2011" by Kotaku. Players must use their sword skills and sworcery to solve a number of musical mysteries, making this game unlike the others that Epic Games are giving away this week.

PC gamers can redeem their free copies of these games on the Epic Games Store. 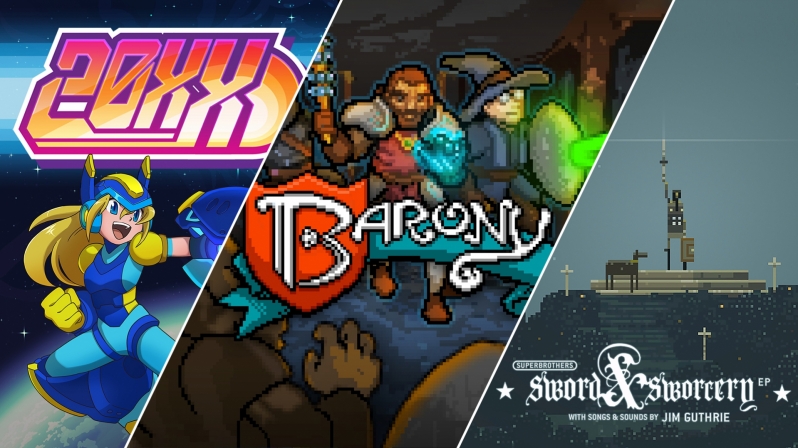 You can join the discussion on Epic Games' latest free games on the OC3D Forums.