Given the success of AMD's Ryzen 3rd Generation and EPYC 2nd Generation processors, it is easy to see 2019 as a high point for the company's success. Before the year is finished, AMD will have released their flagship AM4 processor, the Ryzen 9 3950X and their Ryzen 3rd Generation Threadripper series processors, cementing themselves as a high-end computing powerhouse. Better still, AMD's CEO, Lisa Su, claims the best is yet to come.

In an interview with Venture Beat, Lisa Su claimed that 2020 would be an "even larger product year" for AMD. In 2020 we will see "7nm mobile chips" and Zen 3 as a successor to Zen 2. Beyond that AMD will be powering both next-generation consoles from Microsoft and Sony.

Bringing their Ryzen Mobile processors to Zen 2 and 7nm will be a gamechanger for AMD's mobile offerings, increasing their processor efficiency to new heights thanks to their cutting-edge 7nm manufacturing and their efficient Zen 2 core architecture. Both factors will make AMD's mobile CPUs more attractive, especially in Ultrabook-style devices. Intel is currently the king of the notebook market, but 7nm Ryzen Mobile CPUs gives AMD the chance to change that.

With Zen 2, AMD plans to make headway into the Desktop, High-End Desktop, server and mobile markets. Zen 2 is a turning point for AMD, and in 2020 the company plans to build upon this success by expanding Zen 2 into the mobile market and offering Zen 3 to customers later in the year. 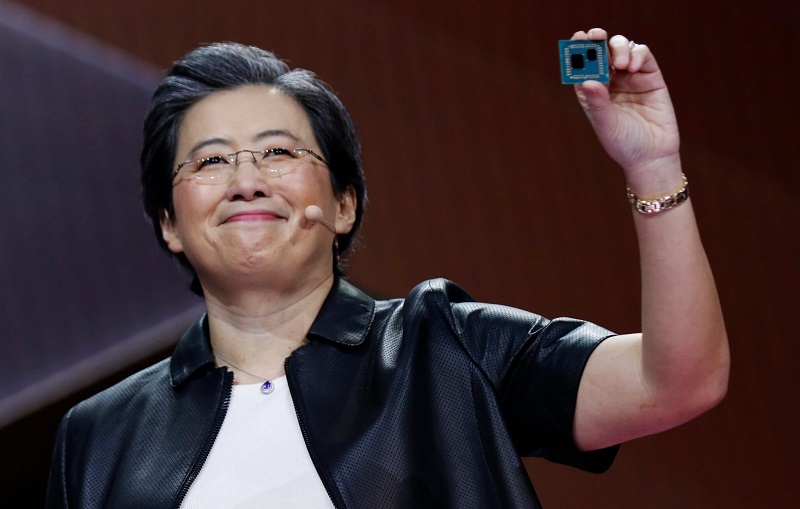 AMD has never been in a stronger position, having plans to release competitive products in seemingly all areas of the CPU market within the coming quarters. With this in mind, 2020 is going to be a big year for AMD, as all of its investments in 7nm and Zen 2 will pay off and its further investments in Zen 3 and future architectures will begin to bear fruit.

looz
This has been a great year for PCs in general, hopefully AMD or Intel manages to shake the GPU market in a similar fashion.


I also like the push towards high refresh rates, it had been fairly niche until 2017 or so.Quote

Warchild
Well deserved for AMD. They put up with mockery and ridicule for such a long time, but kept promising Zen would change things.

Many of us threw that to one side... but when Zen did finally come. Boy did it change things up! Regular contenders now. They have forced Intel to improve the price v performance (shame price hasnt dropped much), and Nvidia have had to change things up.Quote

robert3892
I'm curious if the estimated 5 November release date of Threadriiper is going to be true. I assume this will be after 9am Pacific Standard time (if the rumors are true)Quote

g0ggles1994
Keep it coming AMD! Starting to feel genuine excitement for PC building for the first time in yearsQuote