Silverstone has just revealed its Decathalon Series DA1650 power supply, offering users 1650 watts of power and a 12V rail that can deliver 137.5 amps and run fanless at up to 495 watts.

The DA1650 is designed for power users, offering users enough power for seemingly any consumer-grade system. The unit itself features an 80+Gold rating and will ship with a 5-year warranty. The unit is fully modular and can be configured to offer four 4+4=pin EPS connections or up to twelve 6+2-pin PCIe power connections. This unit can also be used to power up to sixteen SATA devices, six Molex devices and offers users a single berg legacy hardware.

With a planned MSRP of $330, the Decathalon Series DA1650 offers users a lot of power and plenty of connectivity options. Most gaming systems today use less than 600 watts of power, making this power supply overkill for most mainstream users.

This power supply is for those who have huge power requirements, be it from a system with a heavily overclocked processor and multiple high-wattage graphics cards or those who have an insane number of storage drives and other accessories. The DA1650 is also designed to handle its full wattage rating with 50 degree ambient temperatures, making this suitable for 24/7 workloads in even the most hard of workstation environments. 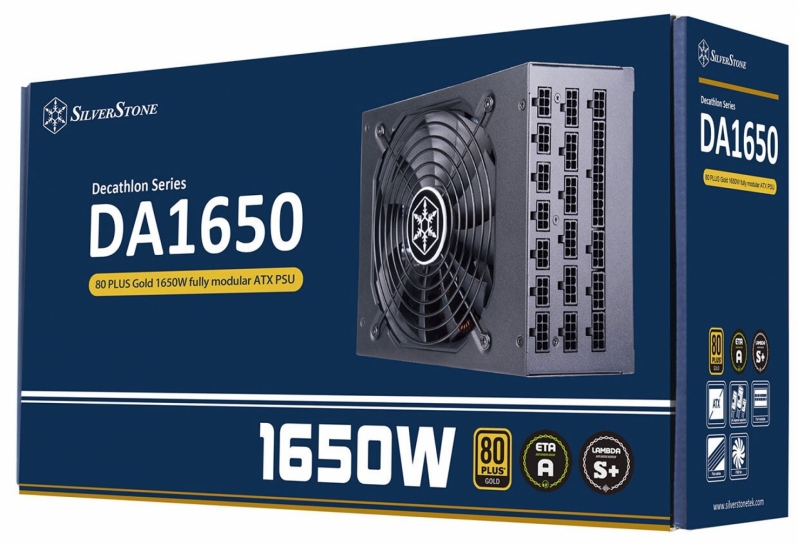 You can join the discussion on Silverstone's 1650W DA1650 Decathalon series power supply on the OC3D Forums.

Avet
Quote:
If you have just a gaming system then yea you can power household appliances too. But if you are building a rendering machine for Blender, V Ray, or Octane with 4x 3090 GPUs and 3970X you will need 2 of theese bad boys.

It is good there are more companies releasing monster PSUs. Seasonic is also due to release their beasts soon.Quote

WYP
Quote:
I think this every time I see a PSU that offers over 1500W. Crazy power.Quote
Reply