Fractal Design is starting to make waves in the PSU market, with plans to deliver high-end performance with affordable pricing and some unique features.

I know what you are thinking. Unique features? How is that possible in the PSU market? Surely these things can't do more than simply deliver power, right? That's true, but that doesn't mean that innovation can't exist in this space, and with Fractal's new Ion SFX series, Fractal delivers the flexibility that all SFX users need.

Like the Ion+ Platinum series before it, Fractal's Ion SFX series of power supplies offer users "UltraFlex DC" cables. By making their PSU cables with a larger strand count, Fractal has made their PSU cables more flexible than their competition, which is a big deal when it comes to small form factor PC builds. Fractal's new UltraFlex DC cables will make cable management a breeze in small form factor systems, making this a killer feature for an SFX PSU.

Fractal's Ion SFX series of PSUs will release in two forms, the Ion SFX 500W and the Ion SFX 650W, both os which will ship with an 80+ Gold efficiency rating. Both units will feature custom 120mm fans with semi-passive zero-RPM modes, which helps to ensure quiet operation under both light and heavy loads. Both power supplies are also fully modular and ship with an SFX to ATX mounting adapter. 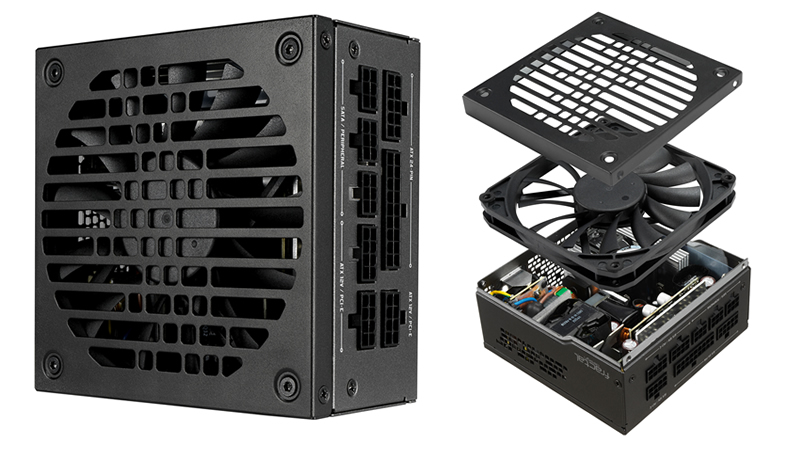 You can join the discussion on Fractal Design's Ion SFX Gold series of power supplies on the OC3D Forums.

NeverBackDown
Damnit! I would have loved to get this with those more flexible cables. My SFX corsair PSU cables are stiff as f* and can't be returned anymore plus was more expensive than this 600W probably will be.Quote
Reply