This PSU has a built in wattage meter!

Every PC builders needs to own a solid power supply, a key component that can often withstand the test of time longer than any CPU or GPU. The PSU is the core of any PC build, acting as the source of power for every component that you use, which means that PC builders should take great care when purchasing this vital component.
With their new series of MaxTytan PSUs, Enermax plans on delivering PSUs that are quiet under load, exceptionally efficient and delivers users real-time power readings through the PSU's integrated Wattage meter.

This PSU also features a fanless mode, which allows the PSU to run at 0% fan speeds until 70% loads on the 1050W model and 60% loads on the 1250W model (750W). This will provide silent operation until the system is under extremely heavy loads.

One other feature of this PSU is its self-cleaning DFR technology, which runs the PSU's fans in reverse to help clear dust from the system, elongating the time between cleaning/maintenance is required and increasing the lifespan of the product. 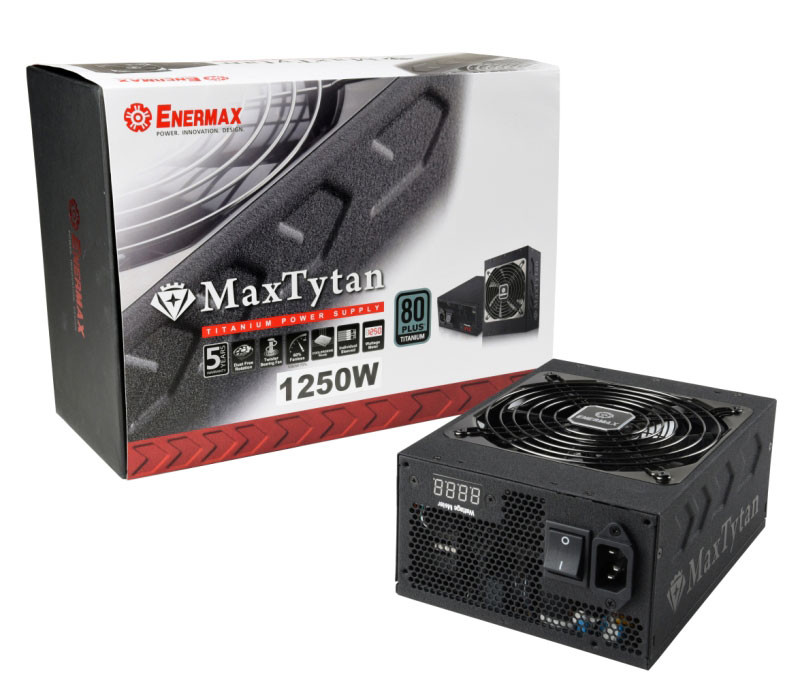 This PSU also supports a unique feature called CoolerGinie, which allows users to power their system fans using a dedicated port on the PSU which allows fan speeds to be controlled by the PSU itself, with the PSU featuring Off (fans spin as normal), Whisper and silent modes, changing fan speeds depending on CPU load.

Personally, I would prefer to bind fan speeds to CPU or GPU temperatures, though this at least gives users some additional control options.

Regarding the fan-delay function, the design is to keep system fans (including CPU cooler fan) running for extra 40-60 seconds after system off, to dissipate the remaining heat within the chassis and prolong the system's lifetime.

Enermax has not released the pricing of these new PSU models, though they are expected to release soon globally.

You can join the discussion on Enermax's MaxTytan 1050W and 1250W PSUs on the OC3D Forums.