Retaining the ultra-efficient design that has made Corsair’s HXi series of award winning PSUs with technology reviewers around the world, the HX1200i ups the ante by offering up to a massive 1200W of 80 Plus Platinum efficient power. Able to drive even demanding three and four card Nvidia SLI or AMD CrossFire multi-GPU systems, the HX1200i delivers 92% or better energy efficiency, ensuring that the minimum of electricity is wasted and that your system runs as coolly and quietly as possible. 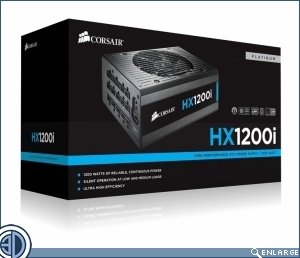 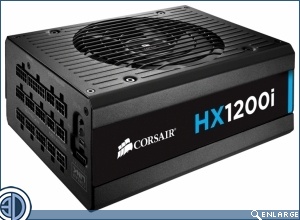 Specially selected low-noise components and a Zero-RPM Fan Mode that only spins the PSU fan when it’s needed help keep noise to a minimum. With free Corsair Link™ software enthusiasts can customize the speed of the 140mm fluid-dynamic-bearing fan to suite their systems individual needs. Corsair Link also offers real-time monitoring of the PSU’s voltages, efficiency and temperatures, so users can see for themselves just how well their PSU is performing. The HX1200i is also designed to make your system look as good as it runs, with fully modular flattened ribbon cables for superior cable routing and the minimum of clutter. 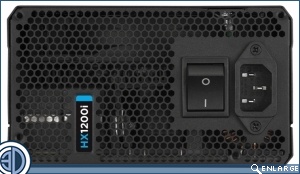 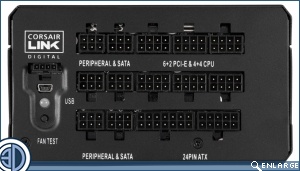 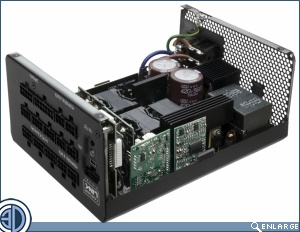 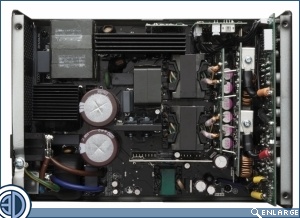 Join the discussion on the Corsair HX1200i Platinum rated PSU on the OC3D Forums.

wannas tress the PSU a lil

WillSK
I have to say that is beautifully tidy inside. Any idea who the OEM is?Quote

kilobravo
Quote:
I`m pretty sure oem its Channel Well.The HXi series is made by them.Quote
Reply