BitFenix have been a well known brand for computing enthusiasts for several years now. Their high quality, yet reasonably priced cases do attract a lot of customers, especially their much loved ITX ranges such as the Prodigy and the Phenom. Their series of fans have also been very popular; the Spectre and Spectre Pro ranges offer great looks, and very quiet performance with probably the largest range of colours and sizes on the market, meaning whether you've got 120mm, 140mm and 230mm support in your cases, you're able to keep the design consistent throughout and have a great looking system.

Another product which has attracted a lot of attention for Bitfenix has been their Alchemy individually braided cables. The majority have been designed as power supply extensions, but they do also offer 3pin fan extensions, and molex extension cables so you're able to make your entire system unique and personal.

We first heard rumours that BitFenix were releasing a range of power supplies around six months ago and we've been waiting patiently since then for the chance to get our hands on one. With a very distinct look, as well as unique features, we're excited to see how this performs. 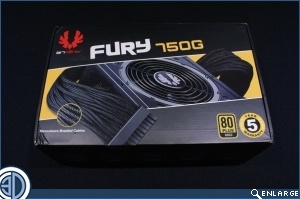 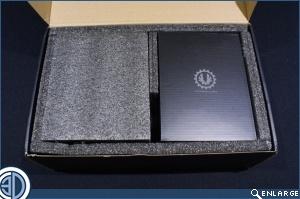 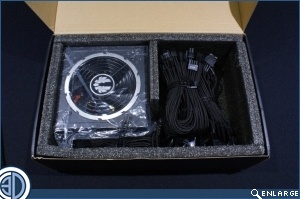 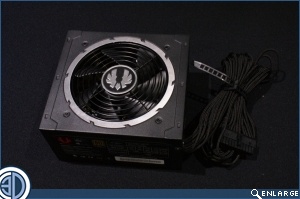 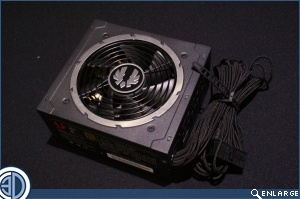 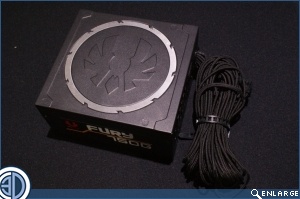 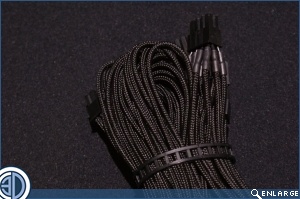 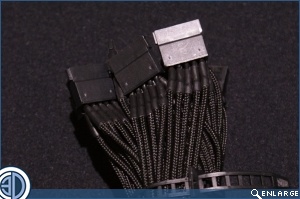 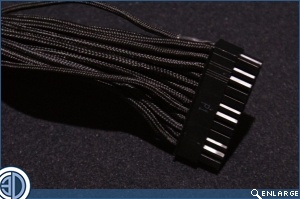 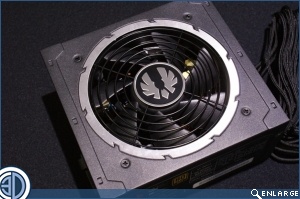 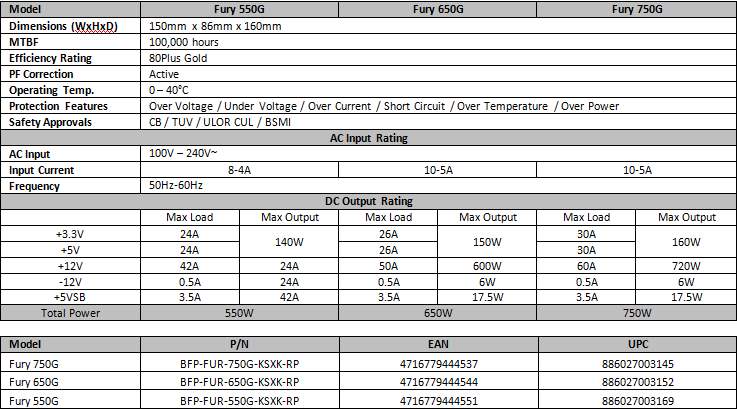 The Fury series comes in three different models. The 550G, 650G and 750G, with the numbers representing the watts they're capable of providing.

The Fury series is a semi-modular design. The 24pin cable is the only non-modular cable on the unit, and since you'll be using that anyway, the fact it's only semi-modular doesn't actually affect the consumer. However, as the 24pin cable terminal is as far to one side of the unit as possible, depending on the size of your case you may be limited as to the orientation of the unit. Here at OC3D, we prefer our PSUs with the fan facing up into the case, since a fan is often nicer to look at than a sticker. With the Fury, BitFenix have added a more attractive BitFenix logo on the top of the unit rather than a sticker which of course looks a lot better. The logo is surrounded by an aluminium ring which does look great and the unit itself has a matte black powder coat finish which should fit in nicely with almost any case.

The most distinct feature of the Fury series is of course its individually sleeved cables. Rather than having to get your own cables custom sleeved which can be very pricey, or buying a unit which has an aftermarket braided cable kit, the Fury's cables come entirely pre-braided as standard in BitFenix's Nanosleeve braiding. With other power supplies, if you have your cables custom braided, you will most likely void the warranty on the unit, whilst the Fury series maintains its warranty, and will potentially save you hours of time in the sleeving process.

As well as looking good, a power supply also needs to perform well. The BitFenix Fury series has a rating of 80 Plus Gold and is capable of performing with up to 90% efficiency from its single rail design. It also comes with 'active power factor correction' which controls any ripples in the output so it can provide cleaner power to the system.

The Fury comes with a 135mm fan which should help to keep the unit cool, whilst being quiet. Like other power supplies, we see all Japanese capacitors so we can expect long life and reliability. BitFenix have also implemented 'BitShield Six-Point Protection' which protects the unit and your system from Over-voltage, under-voltage, Over-Current, short-circuits, over-temperature and over-power. The unit is backed up by BitFenix's five year warranty.

We do think that not having a fully modular unit sold stand alone and then you buy your cable pack in what ever colour suits your system is a bit of an oversight. After it was this initial idea that TTL himself put to BitFenix in the first place, this when considering these points feels like half a job. BitFenix could have cornered the market with a bit more effort.

Thanks to BitFenix for providing the Fury. You can discuss your thoughts on the OC3D Forums.

Wraith
It's a shame they didn't listen and made it semi modular, could have been a sure thing to have gone full modular especially given the competition. Bad show BitFenixQuote

WYP
I do like you fully modular "sell the cables separately" idea, it would be something that could have made bitfenix a little more unique and likely have made their PSUs a must for a great deal of enthusiasts.

if the fan is face down you could perhaps hide the black 24-pin cable behind the other required cables and use an extension to have the correct colour going into your motherboard, but that really highlights the need for a fully modular version.Quote

RickPlaysWarr
As to the face up, face down issue; this one has to go face down. I hate that regulatory sticker with a passion, its flat out ugly. I also think they dropped the ball with the 24 pin design. For myself its not an issue as I can sleeve anything to how I want it to look. Also a quick comment on the sleeving itself from the video. There is much too much heat-shrink on those cables. I really prefer the heat-shrink-less method. Yet I realize its more time consuming and really an enthusiast thing. They could go with less shrink though I think.Quote

As TTL said should have been fully modular, then they could have sold the cable as part of a bundle deal or separate

Wraith
Quote:
Surely you won't see the PSU in a 540? It goes in the back, the only thing you'd see are the cables...Quote
Reply