What is the mystery port?

New images have leaked of Microsoft's new Xbox Series X console, showing the ports used by the company's unfinalised hardware for the first time. This should lay to rest rumours of the system, including two HDMI ports, and other strange connectivity options.

Below are imaged which are posted by the Neogaf user CurryPanda, who released these images without hiding the console's bar code or other parts of the console. Below we can clearly see a Kensington Lock, air vents, three USB ports, a Gigabit Ethernet connection, an HDMI port and an optical audio output.

With this prototype console, there is also an unknown connection, which some have suspected is an insertion point for M.2-like storage devices. What's more likely is that this is a debug port for Microsoft's early Xbox Series X systems. 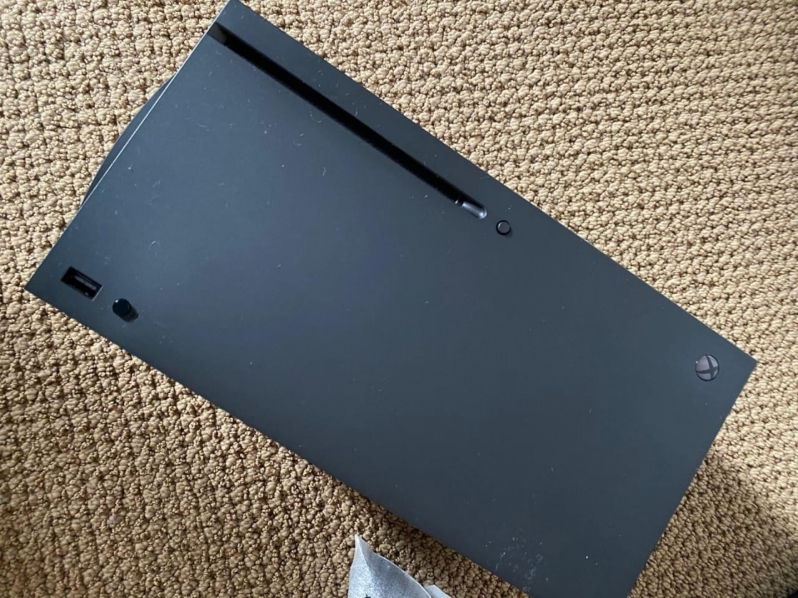 As a console prototype, it is likely that the system below will not fully reflect the final configuration of Microsoft's Xbox Series X system, though it does showcase the Microsoft is almost ready to launch on a hardware level.

Industry analysts have confirmed that Microsoft keeps tracks of these systems by giving specific bar codes to specific users, which means that Microsoft will likely find whoever leaked these images using the below picture.

Some industry analysts predicted that Microsoft's next-generation console would consume enough power to justify using a 3-pin IEC C13 power cable (commonly known as a "kettle lead" in the UK). Based on the image below, the Xbox Series X uses n IEC C7 connection type, which suggests that the console's power consumption will be more moderate than predicted. 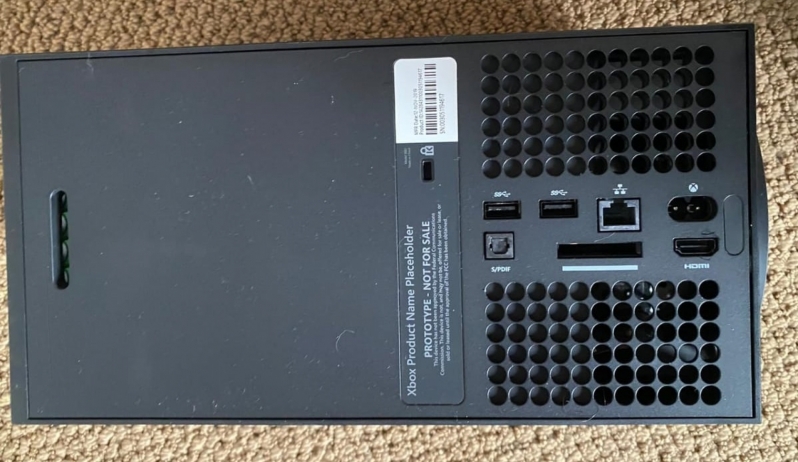 Microsoft's Xbox Series X console is due to release later this year, likely in early November.

You can join the discussion on Microsoft's pictured Xbox Series X console on the OC3D Forums.

Though ofc as a single-chip console with an integrated PSU you can't expect much more than 300W anyway (Typical rule of thumb is to use things rated for double your target power so you don't have to consider their MTBF).Quote
Reply