We are all still recovering from the launch of Nvidia's Maxwell launch and Game 24, but now AMD has emerged from the shadows ans is teasing something new. Even we here at OC3D have no idea what it is, but we have a few ideas. 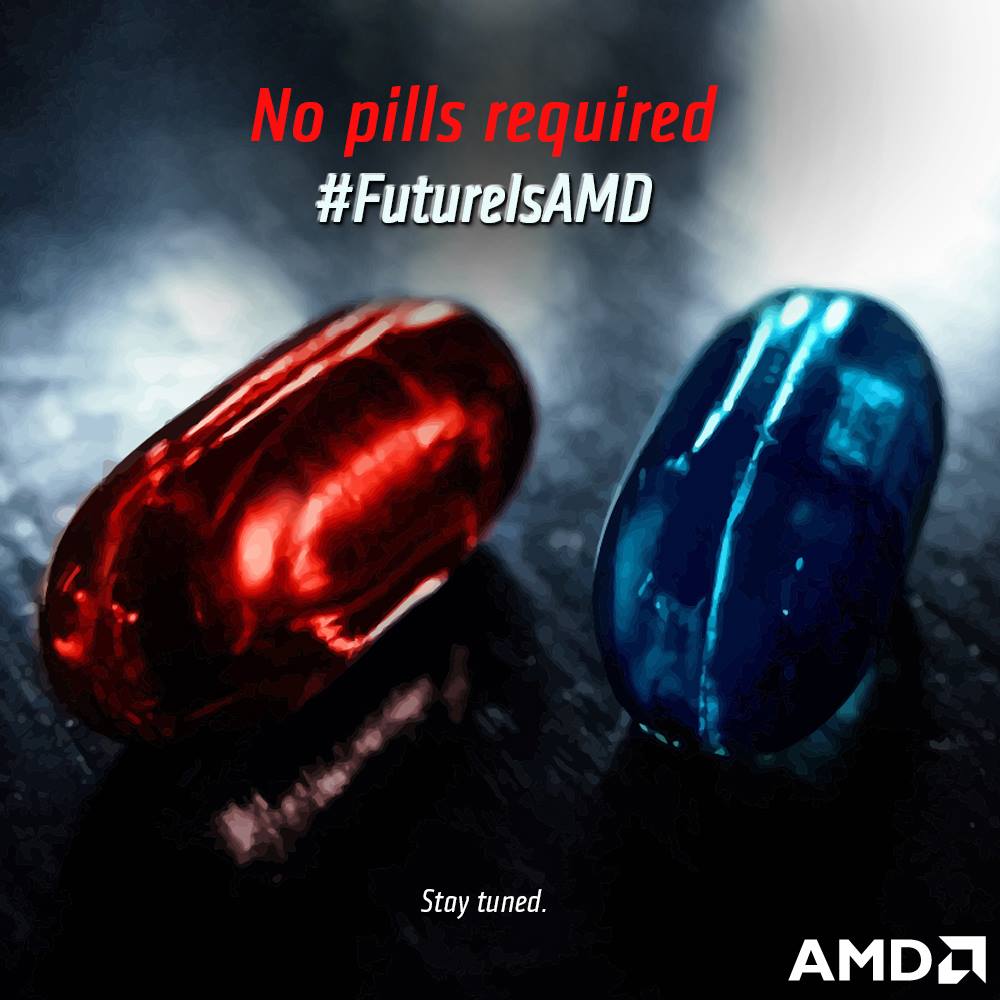 First we have the Top image in the page header, with the phrase "Future Is AMD" and the date 25/09/14, which is next Wednesday and the 1 year Anniversary of AMD's GPU 13 event where AMD's Hawaii GPU was launched. This could mean that an "AMD GPU 14" event is going to happen, where AMD is could launch a high end GPU product to compete with Maxwell.

We also have the "No pills required" Image from AMD's Twitter account, which is obviously a Matrix reference but could also be signifying one of two things. AMD is of-course the red pill and the blue pill could represent either water (as in water cooling) or Intel.

Last we we seen a picture of a possible future AMD reference GPU Cooler, which is designed to to use an Asetek AIO wter cooling unit which makes me think (and hope) that AMD are preparing a high end GPU launch to take on Nvidia Maxwell. On the other hand AMD could be speaking of a Next-Generation APU and finally tell us about their New "Zen" CPU architecture. 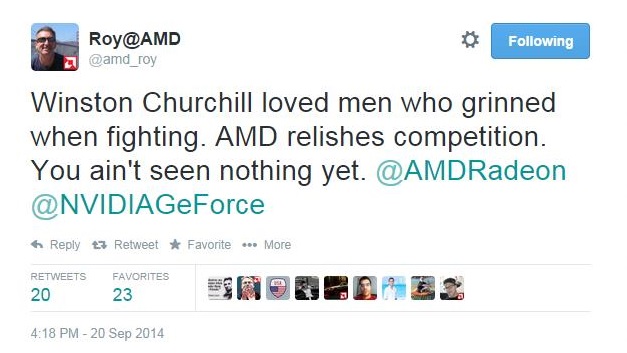 [email protected] also posted this on Twitter yesterday that "AMD relishes competition", obviously referring to Nvidia's recent GPU 13 event and their Maxwell launch. He adds that "you ain't seen nothing yet", so hopefully AMD does indeed have something that will rise to challenge posed by Nvidia's Maxwell.

All we know about September 25th is that we don't know anything about what is happening or what AMD will show us. Hopefully it will be something big, but I guess we will see.

Join the discussion on AMD's Teaser on the OC3D Forums.

94DMP
Googled blue pill in computing on Google and came across this:
http://en.wikipedia.org/wiki/Blue_Pill_%28software%29
Also mentions a red pill, could be nothing to do with it though.Quote

altereDad
I wonder if AMD has been working on a few things in secret. There was wind of Synopsis, maybe they were in bed together already and they are looking at a new FinFET process. Wishful thinking, I know.Quote

SkilledRebuilds
Well you put this article under the AUDIO section.... http://www.overclock3d.net/articles/..._amd_teasing/1
Is that a hint?