No one expects the Imperial Inquisition.

The Warhammer 40,000 franchise may have conquered the worlds of video games, comics, books and tabletop, but the franchise has yet to make it to television screens.

Games Workshop has announced that the world of Warhammer 40K is getting adapted into a TV series. More specifically, the Eisenhorn series of novels is getting reworked for television. The series follows an Imperial Inquisitor as he hunts down the hints of Chaos and alien influence across humanity's dwindling Imperium. No one expects the Imperial Inquisition.

The series is being headed up by Big Light Productions, with the series' development being led by Frank Spotnitz, who has previously worked on Man in the High Castle and The X-Files.

Eisenhorn isn't some armour-clad Space Marine; he's an Inquisitor of the Ordo Xenos, a free-roaming agent of humanity's God-Emporer. Inquisitors purge heretics and destroy daemons in Humanity's dark future, but Eisenhorn isn't just a ruthless hero. This journey will take him to dark places, inevitably leading him to question his loyalty and understanding of the universe around him. 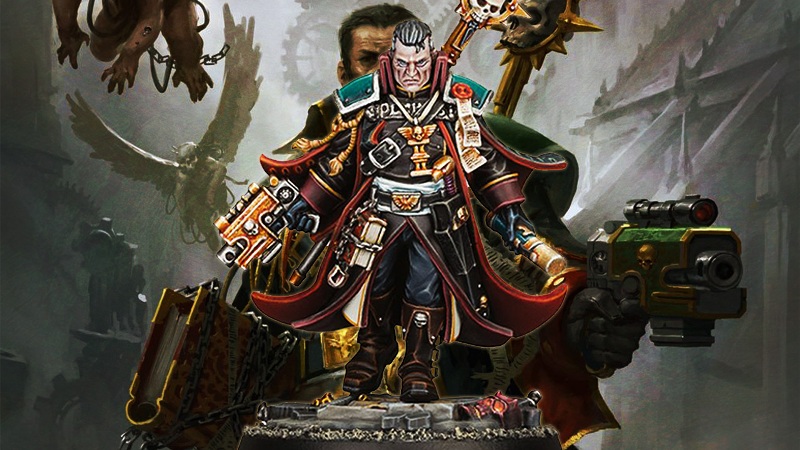 The Eisenhorn series was started in 2001 under Dan Abnett and has quickly become one of Warhammer 40K's most beloved characters. The Warhammer 40K Eisenhorn TV series is now "in development" and will take some time before it is ready to view on TV screens.

You can join the discussion on Warhammer 40K getting its first TV series on the OC3D Forums.

The_Governour
I hope this will be a PG 18... or what ever the maximum rating is. Dont want any soft core rubbish. Should be anime style bloody...

Anything else would be a waste....Quote