5nm is expected to ramp faster than 7nm

5nm is TSMC's next major process node, offering users performance, density and power advantages over today's 7nm technology. Yes, 7nm+ and 6nm are coming, but they are mostly considered half-nodes, smaller steps ahead in lithography tech before the next major leap.

TSMC's 5nm lithography node will be ready for high volume manufacturing in Q2 2020. With 5nm, TSMC is confident that they will achieve high levels of market share, and have predicted a fast ramp for the node; faster than that of 7nm.

Demand for TSMC's 5nm process is expected to be high. This month, TSMC has already committed $4 billion in extra spending to prepare themselves for this. $1.5 billion of this money will be spent on 7nm demand, whereas $2.5 will be spent on 5nm capacity. This $4 billion comes from TSMC's 2019 CapEx, with more investment being expected in 2020.

In TSMC's latest quarterly earnings call, which is transcribed over at SeekingAlpha, TSMC's C.C. Wei states that the company is being "aggressive and more optimistic" about their 5nm node and expect to ramp "much faster than 7nm".

let me answer the first question, first the 5 nanometer ramp for next year. Certainly as compared with the six months ago, we are right now more aggressive and more optimistic about it. And hopefully because we spend big money, hopefully that it will ramp up much in terms of revenue, be much faster than 7 nanometer. 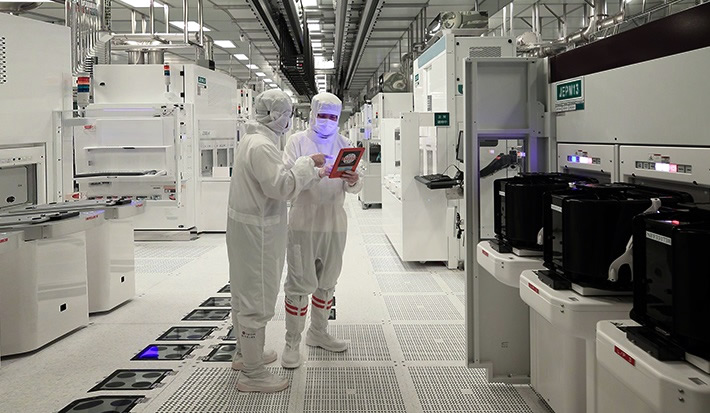 The move to 5nm will be defined by TSMC's extensive use of EUV (Extreme Ultraviolet) lithography equipment, which will allow 5nm to offer users significantly increased in density over their prior nodes. 5nm's success will depend on EUV's readiness for prime time, as while denser silicon is a good thing, it's useless if TSMC's equipment cannot meet its manufacturing targets.

You can join the discussion on TSMC's 5nm node being on track for Q2 2020 High Volume Manufacturing on the OC3D Forums.

Giggyolly
TSMC is really firing on all cylinders at the moment. Intel must be ting it.Quote
Reply