Great news for both foundries and their customers.

It's official, Taiwan Semiconductor Manufacturing Co. Ltd (TSMC) and Globalfoundries have settled their patent dispute and all associated lawsuits. To resolve their ongoing litigation, both companies have signed a cross-license agreement which will allow both companies to each other's patents, and those which are filed within the next ten years.

In TSMC's press release, it says the following;

TSMC and GLOBALFOUNDRIES (GF) today announced they are dismissing all litigation between them as well as those that involve any of their customers. The companies have agreed to a broad life-of-patents cross-license to each other’s worldwide existing semiconductor patents as well as those patents that will be filed during the next ten years as both companies continue to invest significantly in semiconductor research and development.

This resolution guarantees TSMC and GF freedom to operate and ensures that their respective customers will continue to have access to each foundry's complete array of technologies and services.

This agreement will allow both TSMC and Globalfoundries to continue investing in their lithography technology without fear of litigation, and allow the customers of both foundries to continue manufacturing their technology with either foundry without the fear of litigation. In Globalfoundries' lawsuit against TSMC, Apple, Asus, Broadcom, Cisco, Google, HiSense, Lenovo, MediaTek, Motorola, Nvidia, Qualcomm and Xilinx are all mentioned as defendants.  More information about GlobalFoundries' lawsuit is available here.

WIth TSMC and Globalfoundries gaining access to each others patents, both companies will be able to accelerate their rate of innovation through their sharing of patents. While it is unclear how much each foundry will learn from the other, this deal will allow both companies to operate without fear of stepping on the other's patents. 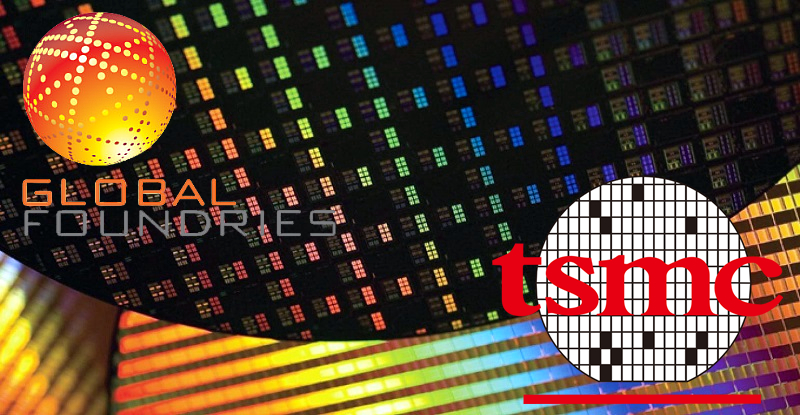 With this announcement, the global tech industry can breathe a sigh of relief. Lengthy litigation between these two companies could cause the tech space to grind to a halt, as injunctions against either company would have a knock-on effect across a large number of chipmakers.

You can join the discussion on TSMC and Globalfoundries settling their dispute with TSMC on the OC3D Forums.

NeverBackDown
TSMC seems to be the loser here. They are the ones doing all the heavy research into 7nm and beyond nodes, whereas GF has already pulled out of that race. Kinda screwed themselves over here.Quote

WYP
Quote:
That depends on who has the better case in court, and if Globalfoundries has the capital to attempt to become a leading-edge manufacturer again.

If GF had a strong case, it would be in TSMC's best interest to prevent litigation. TSMC could also benefit from GF's patents. TSMC is more worried about Samsung ATM then they are about GF. Samsung is their near-term threat.Quote

demonking
I am glad that this is where this eneded, god knows how many years this would have dragged on and what it could of done to the industry, but as Mark said, Samsung would have been the only winners here.
I smell a merger tbh but nothing to back itQuote
Reply