The failed project that forever changed the gaming landscape

Fans of gaming history will know that the origins of the Sony PlayStation start at Nintendo, with a failed joint venture which could have delivered gamers the Super Nintendo CD, a CD ROM compatible SNES with extended hardware capabilities.

Now, few of these original PlayStation prototypes remain, and Heritage Auctions is selling what's thought to be the last remaining prototype of Nintendo/Sony's failed console. Better still is the fact that the system still works with original SNES cartridges. The system can also play music CDs, but as it stands, no known software was designed to make explicit use of this hardware.

Right now, the Nintendo Play Station Super NES  is being auctioned for $360,000. As a piece of gaming history, it was revolutionary, not due to the hardware's success, but what the failed joint venture caused. Nintendo's decision to cut ties with Sony is what ultimately what caused Sony to create its standalone PlayStation system an brand, and was a contributing factor to Nintendo's lack of CD support.

If you wanted to point to a single event which caused the rise of Sony and the fall of Nintendo, it was their failed joint venture on the Nintendo/Sony PlayStation. Even today, Sony stands far above Nintendo within the console market, something which has been the case since the release of the original PlayStation in 1994. 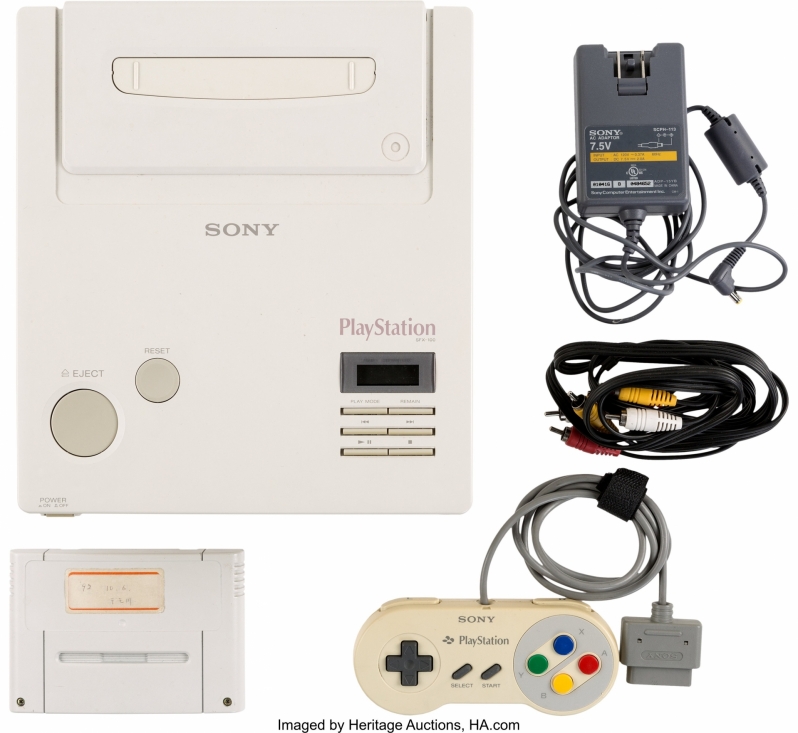 More information about the Nintendo Sony PlayStation SNES CD system is available in the video below.

Interested gamers can keep up with this auction on the Heritage Auctions website. This auction will be live for another 21 days.

You can join the discussion on the world's last Nintendo PlayStation Super NES CD prototype arriving at auction on the OC3D Forums.

AlienALX
wow. Three hundred and sixty grand as I type this.