The US Government has arrested the owner of Kickass Torrents

The US Government has arrested the owner of KickAssTorrents

The US Government has arrested the owner of KickAssTorrents

The US Government has arrested the owner of Kickass Torrents, a website that is allegedly responsible for distributing over $1 Billion of copyrighted materials.

The US has also seized several popular domain names for the website, though the website is still online and reportedly still fully functional.

In an effort to evade law enforcement, Vaulin allegedly relied on servers located in countries around the world and moved his domains due to repeated seizures and civil lawsuits. His arrest in Poland, however, demonstrates again that cybercriminals can run, but they cannot hide from justice. 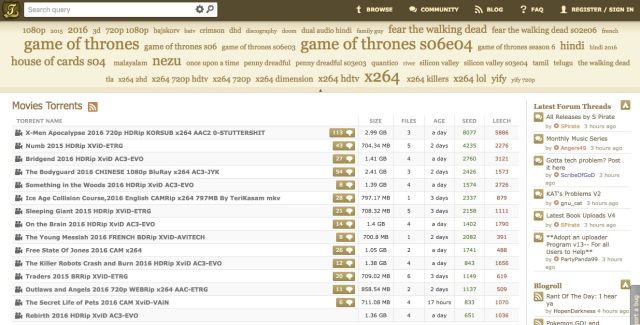 Artem Vaulin, the owner of Kickass Torrents was caught by the FBI after they posed as advertisers in order to reveal the bank accounts that were associated with the website. The FBI also worked with Facebook and Apple in order to cross reference the IP addresses used on the Kickass torrents Facebook page and iTunes transactions.

Records provided by Apple showed that [email protected] conducted an iTunes transaction using IP Address 109.86.226.203 on or about July 31, 2015. The same IP Address was used on the same day to login into the KAT Facebook,

You can read the US Federal press release for the US' arrest of Artem Vaulin here.

You can join the discussion on the US arresting the alleged founder of Kickass Torrents on the OC3D Forums.

The US Government has arrested the owner of Kickass Torrents.https://t.co/zWlqKfiIGc pic.twitter.com/loO5NK7xQ8

Kushiro
Was going to say that it was surprising that Apple was so helpful, the torrents...Quote

Dawelio
Quote:
Dumb question, but how do you mean?... I'm not following

Dawelio
Quote:
I did, hence me still not getting it and hence the dumb question...Quote

Daft Behemoth
Quote:
I believe he's pointing out that despite Apple having famously not disclosed private information in the past, readily gave the FBI anything they wanted in this case due to it being in their bests interest (i.e. stopping torrenting to increase sales).Quote
Reply