In early 2015, a small start-up company called Tiko 3D launched a Kickstarter campaign that was designed to deliver an affordable, yet accurate 3D printer which utilised a solid UNIBODY to act as both an enclosure and as support for the 3D print head.

This design offered the potential to be more accurate than other cost-friendly 3D printers, with the solid unibody offering little room for misalignment.

This Kickstarter was aiming to deliver backers printers by December 2015, with each unit costing $179, which was around £121 in those days (Now £135).

Now Tiko 3D has officially announced that the project is dead, with the company entering into financial difficulties in February this year which forced the start-up to seek external investment, eventually leading to the company seeking an acquisition around August. Sadly Tiko failed to obtain the investment that the company desired, resulting in the company's closure.
Right now all Tiko 3D aims to achieve is to settle their obligations to Kickstarter and their backers, which is to explain how their money was spent and what exactly went wrong. For now, the company has released an update on Kickstarter, though a dedicated update for backers will be released within the next week to deliver more specific information.

Today’s update marks the official end of Tiko project to the world at large. There will be another (more backer-oriented) update posted this week, in which we will provide additional backer-specific information (ie how the funds were used, how the windup will proceed, etc) and generally fulfill the remainder of these contractual obligations.

During this time we encourage you to ask any questions you may have, as this post will include an FAQ.

Let’s face it. There is no good way to end this. Tiko was our baby – meaning yours and ours. We built all of this together. You believed in us, you supported us, and still we let you down. We’re sorry. Deeply, truly, sorry.

Despite all of the pain, grief, and frustration this campaign has caused, we still genuinely wish to thank you. It didn’t end the way we wanted, but we still shared an incredible journey together. You gave Tiko a chance at life. You saw our vision, and you dared to dream with us.

So many amazing people took part in the Tiko story, both in and outside of the Kickstarter community. We thank each and every one of you for the support you showed us during these turbulent years. Even when we stumbled, you showed us compassion. You gave us strength. You challenged us. You inspired us.

We hope that every one of you comes out of this stronger. Our backers. Our employees. Our suppliers. Our advisers. Our partners. Everyone. This wasn’t all for nothing. Together we have learned so much. We have grown wiser, more resilient, and more grateful for what we have.

With that, we wish every one of you the best moving forward. We have learned the hard way that chasing your dreams can be risky, but trust us, letting them go is worse. Whatever you do in your life, wherever you may go, we hope that you will still dare to dream. To dream big. To take your chance and to pursue it. Whether you succeed, or not, you’ll never know unless you try.

So try, try, and try again. You only have one life. Give it everything you’ve got.

The Tiko Project was marred by delays, both to improve the company's unique printer design and to overcome manufacturing difficulties, both of which proved expensive and time-consuming. Originally the company aimed to deliver finished Tiko printers be December 2015, with the company now closing in November 2017 almost two years after their initial shipment date.

The Tiko took a lot longer than anticipated to develop into a retail product, by which time the company had spent all of its resources from Kickstarter without any prior plans to seek external investment. By the time Tiko looked for investment the project was in too risky of a position to secure investments from Venture Capital and the company was too large to be saved by Angel investors. Simply put, the company waited too long to get the investment they needed.

Tiko 3D had sought to deliver their product to Kickstarter backers first, something that seems admirable but ultimately led to the company's downfall, preventing Tiko from forging partnerships earlier in the Tiko's development that could have saved the company later. Eventually, the company sought an investment acquisition deal that would give the company the funding it needed to ship units to all of their Kickstarter backers, though ultimately delays of this deal eventually lead to Tiko's investor losing interest in the company, leaving Tiko with no choice but to close down. 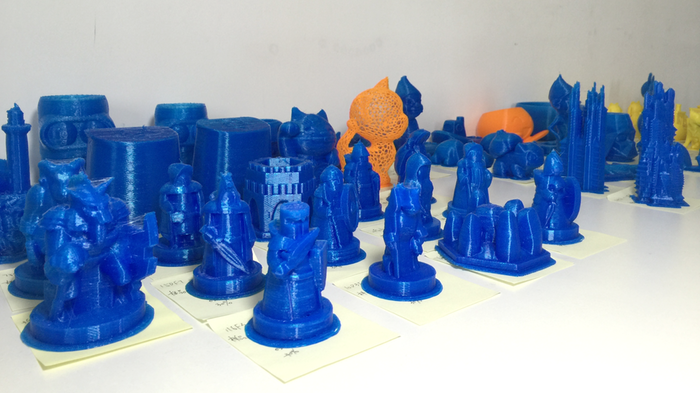 With this update, Tiko has become another failed Kickstarter, though several of Tiko's decisions remain questionable, especially regarding shipping.

In March 2017, backers were sent an email that would allow users to pay for the shipping of their Tiko 3D Printer. This suggested that the Tiko was close to shipping, with the original shipment date of the Tiko having already passed. I am one of Tiko's backers and I have paid the extra $55 to pay for the shipping of this device, a payment that is outside of Kickstarter and should rightfully be refunded.

Some of the backers who did receive early Tiko units have also complained that their units offer terrible performance on any print other than Tiko's demo files, with others complaining that the company has not shared new firmware for the printer in quite some time.

You can join the discussion on the death of Tiko 3D on the OC3D Forums.

AlienALX
Are you into them for more than just the shipping Mark?

WYP
Quote:
I'm not hopeful to get anything out of them. This project has been a huge disappointment. I will try and find out if they plan on doing anything for the people they frankly conned out of their postage money, but I am not hopeful that I will get anywhere.

Thanks to this project I now know not to spend money on Kickstarter for anything other than board games. Board games are often feature complete by the Kickstarter stage, only needing money to pay for printing initial orders (not much room for failure).Quote

SPS
Quote:
The company has to had to have at least managed to manufacture something IMO.
This is the reason they failed, completely naivety when it came to production.

I recently backed a project called Makerbuino and projects like that can restore some faith. There was literally a couple of months between project ending and me receiving exactly what was promised.Quote

AlienALX
The only time I have ever been stung online was when I bought Cherry OS. It was a G4 Apple OS emulator and was supposed to be much better than Pear OS, faster than Pear OS and turned out to be Pear OS. IIRC I lost about $30 pre ordering it. I did get the emulator eventually, but it was stolen code from Pear OS and just a re-skin rip off.