AMD's Ryzen CPUs are overheating during supercharging, and that's a problem

Let's get this out of the way quickly. No, this isn't a "Tesla's recalling 130,000 vehicles, and it's all AMD's fault" article. Yes, 130,000 vehicles are getting "recalled", and while the word "recall" does sound dramatic, it looks like the fix for this issue is a mere software update. To make a long story short, this issue isn't overly bad news for AMD, Tesla just needs to fix their software.

Tesla has confirmed that they are recalling 130,000 vehicles due to a problem with their AMD Ryzen based infotainment systems, which can become laggy due to CPU overheating when a Tesla is pre-conditioning its battery pack for Supercharging, or during Supercharging. In essence, Tesla's liquid cooling system is not giving enough priority to AMD's chips during this process, resulting in thermal build-up and overheating. Below is what Tesla had to say regarding this issue. 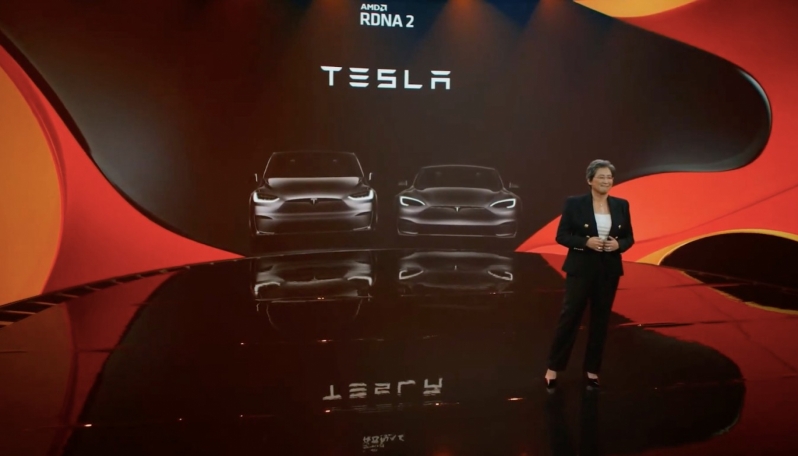 Tesla believes that this issue can be addressed using an over-the-air (OTA) software update for their vehicles. This update will improve CPU thermals during the supercharging process and prevent this issue from occurring in the future. Due to the OTA nature of this update, Tesla will not be issuing a physical recall for affected vehicles.

Owners of affected Tesla vehicles will be sent notifications letters and it is likely that this overheating issue will be addressed in software by the time these letters reach their recipients.

A lagging or restarting CPU may prevent the center screen from displaying the rearview camera image, gear selection, windshield visibility control settings, and warning lights, increasing the risk of a crash.

Tesla will perform an over-the-air (OTA) software update that will improve CPU temperature management, free of charge. Owner notification letters are expected to be mailed July 1, 2022. Owners may contact Tesla customer service at 1-877-798-3752. Tesla’s number for this recall is SB-22-00-009.

This overheating issue stems from the fact that Tesla's new AMD-based infotainment system is more power hungry than the Intel Atom based system that it replaced. More power means more heat, and it looks like Tesla did not adequately change how their cooling system was configured to prevent AMD's CPU's from overheating during supercharging. Thankfully, it looks like a software update will address this issue soon.

You can join the discussion on Tesla recalling 130,000 vehicles over Ryzen CPU overheating issues on the OC3D Forums.

Anon
Why is it called a "recall" if it's just a software update?Quote

NeverBackDown
It affects a large number of vehicles and getting an official recall out is normal practice.Quote

It's an over the air update not a recall. It's not even news.Quote

NeverBackDown
That's factually incorrect. It's a recall whether you think it is or is not. Telsa is officially recalling them.

How it's fixed is irrelevant.Quote
Reply