Elon Musk has revealed on Twitter that Tesla plans to release new production cars which are powered by Tesla's in-house Autopilot computer within six months, pledging to upgrade vehicles which were purchased with the "full self-driving" package free of charge.

Right now, Tesla's vehicles are powered by a custom Nvidia computer which uses a custom version the company's Drive PX2 self-driving system. Sadly, this system is not fast enough to deliver the compute performance that is needed for self-driving cards, giving Tesla three options. Option 1 is to wait for Nvidia to build a better system, 2, find a new partner that can do better or option 3, create custom silicon in-house that is purpose-built for Tesla's Autopilot system. Tesla opted to develop their own AI chips.

To complete this task, Tesla needed engineering talent, after all, creating high-end AI silicon is no easy feat. To accomplish this, Tesla hired AMD's Jim Keller alongside several other chip architects and executives. There have been rumours that Tesla has been working directly with AMD, but evidence of this collaboration has not materialised. Jim Keller has since left Tesla to join Intel, after laying down the groundwork for the company's custom AI silicon, leaving Tesla to manufacture and validate their technology before using it in new self-driving vehicles. 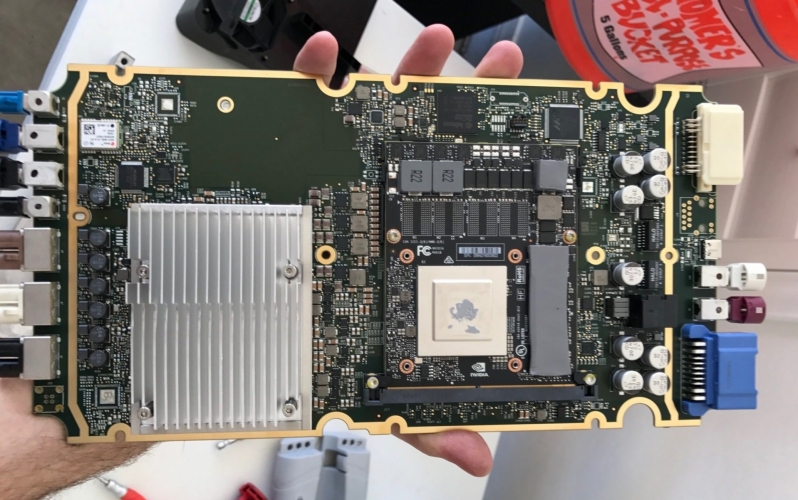 Tesla vehicles have recently received a major update to their Autopilot computers, enabling that Elon Musk states as a "~400%" performance improvement in terms of "useful ops/sec" by utilising the Nvidia-made SoC's integrated GPU while also making better use of the system's discrete GPU. This update pushes the limits of what Nvidia's technology is capable of, which is why Tesla needs to upgrade their Autopilot with an improved computer system before they can bring their self-driving technology to the next level.

You can join the discussion on Tesla's plans to build/sell vehicles with in-house AI technology within six months on the OC3D Forums.