A 45% price cut after less than a month

Sony's PlayStation Classic launched with a price tag of £89.99 in the UK, releasing with 20 games (listed in the image below), two controllers, a power cable and a USB power cable. Today's pricing represents a price reduction of almost 45%. 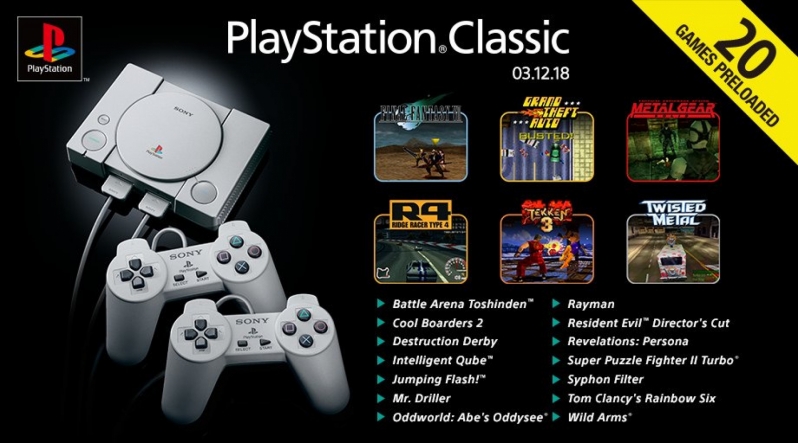 When it comes to PlayStation Emulation, most titles run better and offer superior performance using other official emulation methods, such as using PS1 disks on PS3 or by using digitally purchased PS1 titles on Sony's PSP, PlayStation Vita and other Sony consoles. In the eyes of many, Sony's mini PlayStation has spoiled a classic.

Is Sony's £40 price reduction enough to ensure sales of Sony's Classic consoles? I guess that's up for the market to decide.

You can join the discussion on Sony's PlayStation Classic Price Reductions on the OC3D Forums.