Will your PS5 be Diskless?

Sony has officially revealed its PlayStation 5 console, showcasing a sexy black/white aesthetic that features plenty of curves. While an all-black version of the console is expected, so far, Sony has opted for a dual-tone aesthetic, marking a huge contrast between the PlayStation 5 and the black box that is Xbox Series X.

Unlike the Xbox series X, the PlayStation 5 can support both a horizontal and vertical orientation, unlike the Xbox Series X. This should make the console a lot easier to store in today's home entertainment systems.

With their PlayStation 5 console, Sony will release its DualSense controller, a first-party charging dock, an HD camera and a Digital Headsets. At this time we do not know which accessories will ship with the console, and wich add-ons will cost a premium.

Sony has also confirmed that it's PlayStation 5 will be releasing with an all-digital variant, a console which will be unable to use disks for game installation. This shortcoming will also limit the systems backwards compatibility, as it will only support digitally purchased games. Sony's PlayStation 5 Digital Edition will likely release with a lower price than Sony's Blu-ray enabled console, though it remains to be seen how much either unit costs.

At this time, Sony has not confirmed the PlayStation 5's release date or pricing. 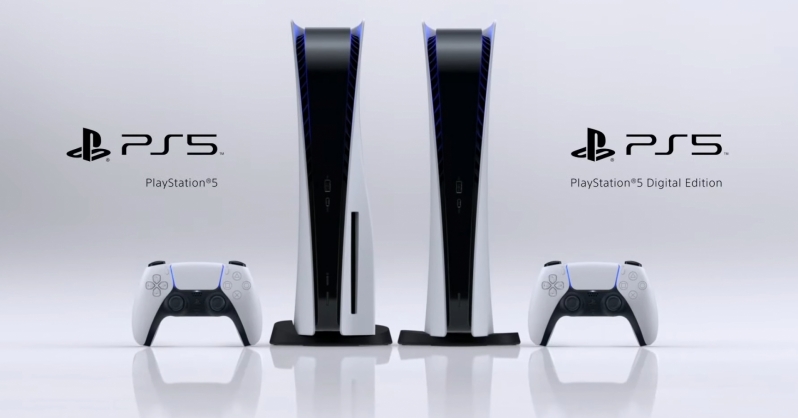 NeverBackDown
Will be for me. Would be convenient for a UHD drive but tbh with everything going digital in 4k it's just easier.

AlienALX
Fugly. The one with the drive in looks like it has a abscess.

Any idea on price yet?Quote

hmmblah
I like the look of the digital only version better, but the collector in me likes physical games on consoles. It doesn't look like it can be turned on its side, but I hope so. I wonder if Sony got its inspiration from Portal.Quote

AlienALX
Quote:
Apparently it looks worse when it does.Quote