Slightly Mad Studios, the developer behind Need for Speed: Shift and the Project Cars series, has announced that they plan to develop a new games console, one which would be "the most powerful console ever built".

This new console was first announced by Ian Bell on Twitter, with Slightly Mad Studios quickly retweeting his post, confirming the console's legitimacy. In a recent discussion with Variety, Ian Bell also confirmed that the console will ship in "around three years time" and that "it will be a console as is the Xbox and PlayStation".

Slightly Mad Studios also plans to support most major VR headsets, with the console being equivalent to a "very fast PC two years from now", which means that the console should pack a lot of performance. Slightly Mad aim to deliver a console that surpasses both the Sony's PS5 console and Microsoft's next-generation Xbox. Ian Bell called the Mad Box "beyond next gen".

At this time Ian Bell and Slightly Mad Studios have not discussed any of the console's hardware plans, aside from its support for VR headsets. The console will be released worldwide alongside a free multi-platform game engine, which will allow developers to create games for the Mad Box and other platforms concurrently, without any charges. Ian Bell stated that he doesn't plan to "pay developers ‘incentives’ to exclude other hardware vendors", saying that "exclusives are ‘exclusionary’ ".

Ian Bell confirmed that Slightly Mad Studios already has multiple investors that are offering the required funding to see the company's console dreams to their fruition, revealing that their new console will be “competitive with upcoming console prices.” Slightly Mad doesn't plan to take as large of a cut from console sales as other manufacturers, which will allow the console to ship with an attractive price point. 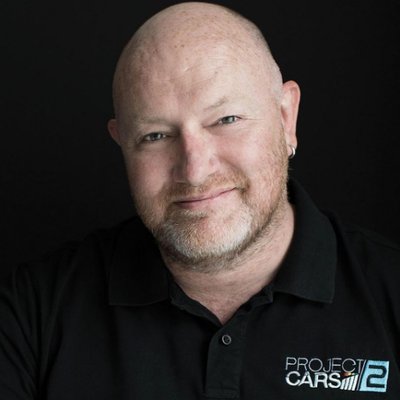 With the Mad Box, Slightly Mad Studios plans to push console gaming forward with high-end hardware that aims to surpass next-generation offerings from both Microsoft and Sony, turning the console market into a four-horse race. Only time will tell if Slightly Mad has what it takes to challenge the likes of Sony and Microsoft, though it is encouraging to see a company that plans to push gaming hardware to new heights.

Do you think Slightly Mad has the crazy thinking gamers need to push the industry forward, or do you think the developer has gone raving mad? You can join the discussion on Slightly Mad Studio's plans to develop their Mad Box console on the OC3D Forums.

NeverBackDown
Won't sell I bet. Hard to over throw 3 established products. People aren't going to want a 4th and unproven one at thatQuote

ImprovizoR
As much as I appreciate his idea of no exclusives, someone needs to tell this guy that exclusives sell consoles.Quote

Warchild
Quote:
Agree to a degree. At the same time, I don't fancy forking out a vast sum for a PS4 just to experience Last of Us 2 or GT6. As much as I would love to, other games do not interest me. So I would have invested in £300 for 2 games.

It's that POV I think he is targeting. Xbox severely lacked in exclusives yet still sold well enough, so I'd like to be optimistic. However, considering steam machines failed to excel, it doesn't show high hopes, unless they have something that will break the mould.Quote

Greenback
If rumours are correct and the PS5 is out this year and this is another 3 years away, by that time we are going to be looking at the release of the ps5 pro.
Also he says they will take a lesser cut on the console, I may be wrong I thought Sony and MS don't make much on the consoles, so it would be interesting to see where the profit is coming from.
As Imp says with out exclusives I can't see why people would get this over what's already out thereQuote

ImprovizoR
Quote:
Hardly anyone does. People tend to buy consoles to play other games as well. But they opt for the console that has the best exclusives too, so they wouldn't miss out on those. And that happens to be the PlayStation.Quote
Reply