Scotland Votes NO to Independence

Scotland Votes NO to Independence

As a UK based website we cannot ignore what is one of the most important pieces of news for us this year. For those not acquainted with UK politics, for the past two years, Scotland has been waiting to vote on whether or not they wish to become an independent country, or remain as part of the United Kingdom.

It was revealed early this morning that  after yesterday's vote the 'No Campaign' has an won by an unassailable lead of 2,001,926 votes to 1,617,989. This means that Scotland will remain as part of the Untied Kingdom. 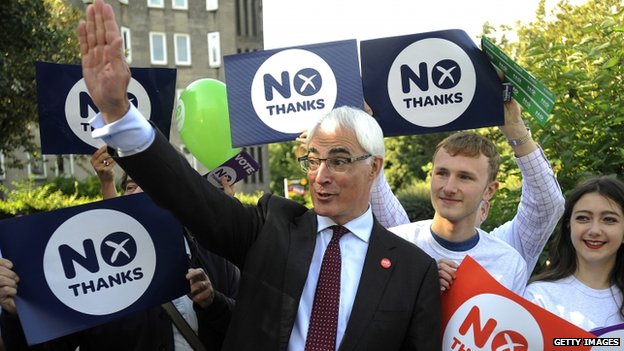 Scotland's First Minister, the leader of the "Yes Campaign" (Pro Independence) had this to say;

"It is important to say that our referendum was an agreed and consented process and Scotland has by a majority decided not at this stage to become an independent country.

UK Prime Minister David Cameron was very happy with this result, saying that the referendum was the right thing to do and that with this result it is time for the UK to continue moving forward together.

"It was right that we respected the SNP's majority in Holyrood and gave the Scottish people the right to have their say," adds the prime minister outside Downing Street.

"There can be no disputes. No re-runs. We have heard the settled will of the Scottish people."

"It is time for our United Kingdom to come together and move forward."

"The people of Scotland have spoken and it is a clear result. They have kept our country of four nations together and like millions of other people I am delighted."

So now we know that the United Kingdom will remain United well into the future, and we hope that this decision both sides of this debate can continue to work for the greater benefit of Scotland and the whole United Kingdom.

Join the discussion on Scotland's NO vote on the OC3D Forums.

I was kind of hoping for independence, but whatever. We'll be fine together I suppose.Quote

Agost
Quote:
You wouldn't be fine if "yes" won...Quote

Dicehunter
Quote:
They would be more than ok, This is 1 thing I am overly sick of and really es me off, The nay sayers, They never do their research.

If the Scots would of banded together and took their freedom back from the under the english boot it would of taken them a few years but they would be a very wealthy country.

The only reason england wants to keep Scotland is because the hundreds of millions england collects from Scotland each year, Even the queen has lots of homes there and collects tax from the people of Scotland.

The english don't want to let go of Scotland for 1 reason and 1 reason only, They will lose a lot of money that rightfully belongs to the Scottish people.Quote

MadShadow
WYP, might want to update the thread with the new numbers from the Highlands, who added a bit to the Yes and No side. Unfortunately, No still won...Quote

WolveRRR
Why Scotland shoud want independence? I guess UK have great laws/economy,etc, I'm wrong?
I would like to study and work there, instead of this -head morons country...Quote
Reply