Can Samsung overtake TSMC in the foundry market?

Samsung is one of the world's largest chip makers, maintaining high market shares in both the DRAM and NAND memory markets while also offering leading-edge foundry capabilities for logic ICs.

By 2030, Samsung plans to be the top dog of the semiconductor industry; and to achieve this goal Samsung plans to invest 133 Trillion won, roughly $115 billion, to strengthen its competitiveness in the foundry business.

Today, Samsung stands as one of the world's big three when it comes to leading-edge lithography, with Intel and TSMC acting as their primary competitors. With every recent node transition, new players have dropped out of the foundry race, with the road to 7nm recently removing GlobalFoundries from the table. With Intel's manufacturing processes getting used almost exclusively for internal product designs, Samsung and TSMC act as the world's only leading-edge manufacturers for 3rd parties.

Samsung's investment plans come in two parts, with 73 trillion won going towards domestic R&D, while the other 60 trillion goes towards production infrastructure. On average, around 11 trillion won will be invested per year by Samsung until 2030. This plan will create 15,000 jobs in R&D and production. 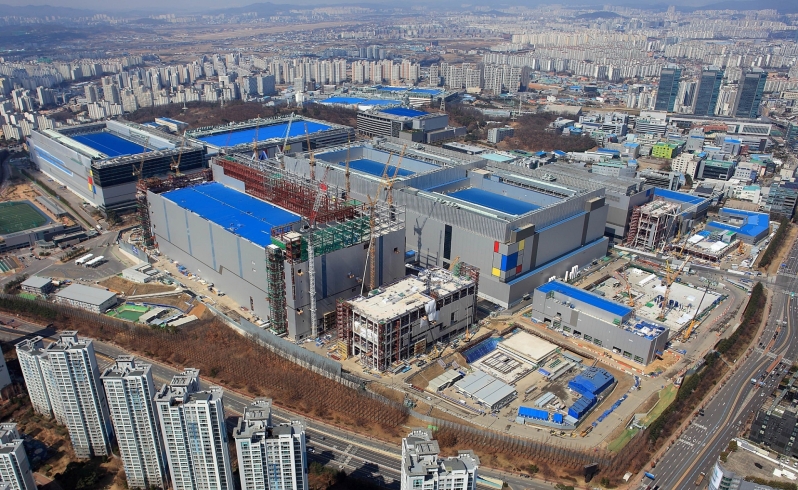 Moving forward Samsung will remain committed to maintaining their position as a leading-edge manufacturer, with hopes to move past TSMC to become the world's top foundry before 2030. This commitment is great for the PC industry and the world of technology as a whole, as increased competitiveness in the foundry market will lead to better chips and more economical consumer products.

You can join the discussion on Samsung's semiconductor investment plans on the OC3D Forums.

Piskeante
no competition = more expensive products. Are we going this direction? obviously YES.

Samsung committing this money is good news. The fact that companies are leaving the leading-edge market with each big transition is bad news, but nothing can really be done about that. The foundry market needs an insane amount of money to operate, and GlobalFoundries didn't have the investment they needed to reach for the top anymore.Quote

rkb
intel will get there by 2035, dont worry guys

Dawelio
Quote:
Is it a typo? As should it be $115 billion as the title says or $115 million as the article says?...Quote
Reply