Samsung Galaxy S10 rumoured to offer up to 1TB of storage

Samsung Galaxy S10 rumoured to offer up to 1TB of storage

2019 is expected to be a big year for Samsung, not only in the PC/server markets but also in the world of smartphones. On February 20th, Samsung is rumoured to be launching their Galaxy S10 series of devices at the Mobile World Congress, releasing with "Infinity O" displays and up to 1TB of onboard storage.

WIth the S10 series, the notch appears to be dead, with Infinity O screens featuring punch out holes for selfie cameras, negating the need for a notched screen design. The S10 series is also rumoured to offer 5.8, 6.1 and 6.4-inch screen designs, corresponding to the S10's Lite, Standard and Plus editions. 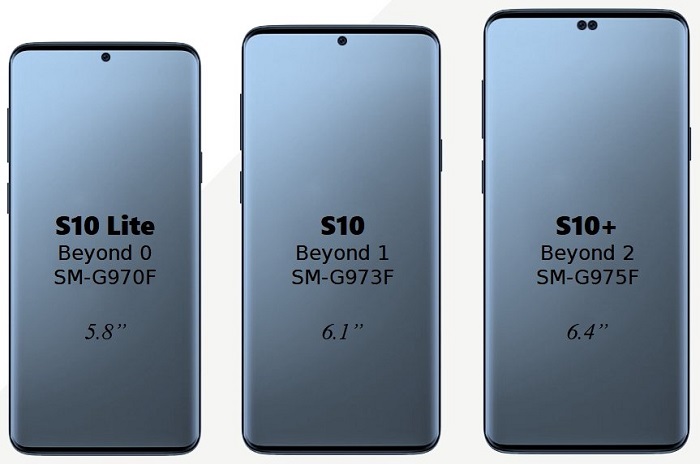 In addition to their insane storage options, Samsung's Galaxy S10 series are all rumoured to all offer 3.5mm audio jacks, though this has not been confirmed.

You can join the discussion on the Samsung Galaxy S10's rumoured storage capabilities on the OC3D Forums.

Avet
64Gb is plenty. I can't get it filled. 128GB i can understand. But everything above is just pointless.Quote

tgrech
Depends on your use, I need about 128GB for a pretty small app collection but with a load of Spotify & other music downloads. If you watched videos a lot on your phone too(I know many who do with these larger ones) then I can see how that could grow substantially further, same with some modern games which can be in the 3GB+ range.

Most importantly though, these larger capacities generally also come with higher speeds. If you've ever seen a phone model tested across various capacities, the larger ones are measurably faster in many general tasks(Opening apps and the like), and that gulf grows as they fill up(Which is why many low end 8GB and 16GB Android phones turn into slugs after a while, especially if they're already RAM starved and relying on the flash for virtual memory). With Samsungs new V5 NAND's they're getting 1Tb (128GB ) per chip, so 1TB would require 8 chips(Not a massive number by any means, especially if you're trying to keep a multi-channel controller fed), which also explains why the minimum is what it is.Quote

Warchild
I guess its for the person who lives inside their phone and takes 30 selfies before choosing the best one for instagram. But keeps the other 29 in case.

I really cant see the point of 1TB. I test phones on a daily basis, rendering tests, apps, quality of service, speed etc etc. I have yet to see a single reason for the average consumer to want more than 200Gb.
Opening apps etc, has less to do with the speed of the phone and more towards the bloatware that hinders it believe it or not. Samsung is the perfect example of how "not to provision and provide" a phone.

Bixby has quite a detrimental effect for many apps and many aren't even aware it is enabled for them.

Luckily our prototype phones... including the one mentioned in the subject

are stripped of all the nonsense. I can't comment on the feel of the S10 since we have an S10 and S10+ locked in a concealed handset cover, but the operational aspects are "ok" not much different to S9. Performance wise, I see no gain. Storage wise, yes its over the top. But largely unnecessary.Quote

tgrech
At the end of the day people have been saying "No one needs this much memory" with regards to upcoming technology for more or less as long as digital storage has existed. Time goes on, new things are created that can or need to use more memory, and eventually it won't seem like all that much again. Half an hour of 4K60 recording can take 10-15GB of storage on an S9(Not that you can record for half an hour straight on that model, but presumably that's one thing they're changing to match or exceed the iPhoneX). People often install Netflix and the like & download whole series for when they're travelling, and I don't think having more than 500GB of media (Music, games, video & images combined) is a particularly crazy concept in todays world. Many people no longer own full PCs and use their phone as their primary method of consumption, and in a world of data caps and network wide several day shutdowns people regularly want large local backups of their streaming content(A popular feature for premium YouTube, Spotify, Netflix ect)Quote