It was almost impossible to avoid ASUS at i51. Everywhere you looked you either saw their own monster stand, or an array of hardware stuffed full of their kit. They had some cool things going on, with gaming competitions, prizes and some neat new ideas in presentation terms. 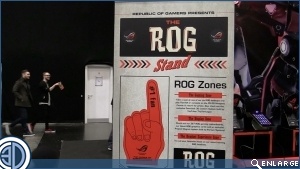 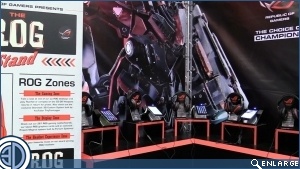 We couldn't help chuckling at the various news sites that grumbled about the heavy OC3D presence at i51, three tiny logos is apparently heavy branding! Anyways green eyes aside the stripey system wasn't custom built for the event, it's actually our graphics card test rig and attracted a huge amount of interest and it wasn't the only place that the OC3D logo was to be found. You all want one of these OC3D logo'd floors in your cases now don't you! If you do then hit the boys up at Parvum! 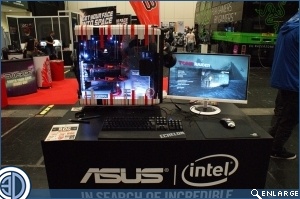 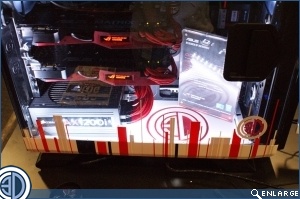 Headsets are one of the most difficult things to review. Partly because audio is subjective depending upon if you like bass or crystal highs, tight sounds or airy ones, and partly because with different sized heads and tolerances we also have different levels of comfort. ASUS had the perfect way to A/B their products. Pick a song on one of their many Tablets and it played on all the headsets, allowing you to just keep trying them on and see which you preferred. A great idea. 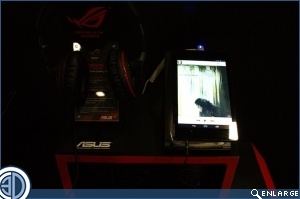 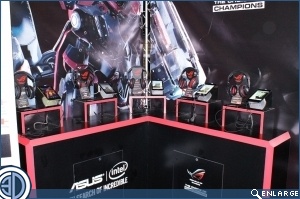 The gaming zone of the ASUS stand was nearly standing room only. Who doesn't love a good fragfest. It's also nice to try out some hardware that you might not afford. Nothing loosens your wallet quite like experiencing the power of a modern graphics card. Now i51 has finished we're definitely keeping an eye out to see if a couple of these chairs are going spare. They're hugely comfortable and look the business. ASUS? 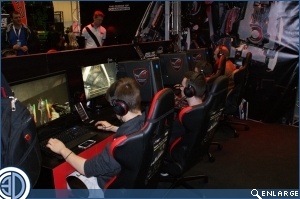 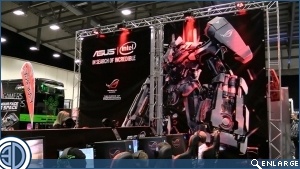 Speaking of new graphics cards, the Striker. A GTX760 with 4GB of GDDR5, all wrapped up in ASUS's latest cooler design. It's nearly indistinguishable from their GTX780Ti's, so you're not having to compromise your looks just because you can't afford the eye-watering price that the top end cards are. A great idea, and we can't wait to put it through its paces. you can discuss your thoughts on the Asus iSeries stand and the Striker GPU in the OC3D Forums. 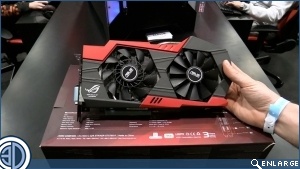 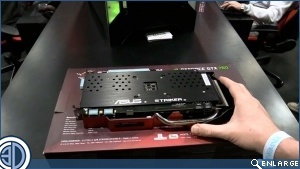 Dicehunter
Tom your teasing me with the shots of that 780 Ti Matrix, Still checking my pre-order everyday

Wraith
Ooooh the "Loft of dreams"

tinytomlogan
Quote:
The magic cupboard became too small and over crowded

SieB
Is it just me are Asus GPU's getting massive?
Looking at them in the vid, they look huge