A few weeks ago you may remember that OC3D presented its lucky members the chance to win not only some top notch hardware, but the opportunity to travel out to and compete in the MSI European Overcocking challenge in Amsterdam. Out of the entries two winners were chosen: Richard aka Barron_greenback and Martin aka Bustamove.

As a result, on the 22nd of August they departed from their nearest airport, armed with their tools and knowledge, to go head-to-head with the other top European overclockers from a total of 20 other countries. I was lucky enough to accompany them to report on the event.

MSI had worked along side numerous other sites such as OC3D, one from each European country, to pluck the best overclockers from the masses and gather them together for the event. The teams consisted of the overclockers themselve's and editors, who were there to cover the event. Below is a list of the countries involved and the members that made up their teams: 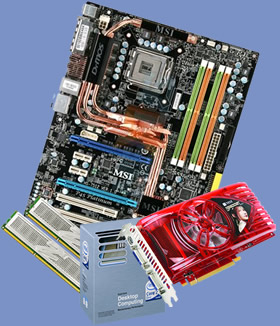 Toxcity
Damn that place looked so much fun!

BustaH
Thanks must go out to Jim for hosting the qualifiers and Graham [Ham] for covering the event and helping us when needed. awesome coverage Graham.

It was a great weekend, Im ready to do it again.

Some excellent results in that table, gotta be semi-awkward when ur not in ur "home" setup with the usual stuff at hand. That aside, 6th is tremendous looking at the competitions` results also.

Ham
Cheers for the feedback guys.

Really was an awesome weekend. Can't wait for the next one!