New plants should start producing chips in the coming months

The global semiconductor shortage should ease in mid-2022

In a recent interview with CNBC, AMD's CEO, Lisa Su, discussed the world's ongoing semiconductor shortage, discussing how long it should take for the world's manufacturers to keep up with demand and for today's supply issues to ease.

The semiconductor market started to experience shortages in 2019, and things only got worse in 2020 and 2021, especially as the COVID-19 pandemic has made the world more reliant on the semiconductor industry.

According to Lisa Su, manufacturing plants that were planned last year should start producing chips in the coming months, which will help alleviate the world's shortage of microchips and other components. That said, supply is expected to remain tight until mid-2022.

Sadly, this means that manufacturers will continue to experience shortages for the remainder of 2021. This problem has prevented AMD to supply enough of its products to keep up with demand. AMD's competitors, Intel and Nvidia, are also facing similar supply issues.

The world's chip shortage is expected to ease in mid-2022 as more and more manufacturing capacity comes online. While this is good news, it is not the news that PC builders and gamers will want to hear. It sounds like it will take at least eight months for today's shortages to ease. This timeframe means that today's high GPU pricing could be a factor until mid-2022, which is not good news for the PC market.

While most hardware enthusiasts will not be happy with Lisa Su's outlook for the semiconductor industry, it is good to hear that things should be better in the latter half of 2022. 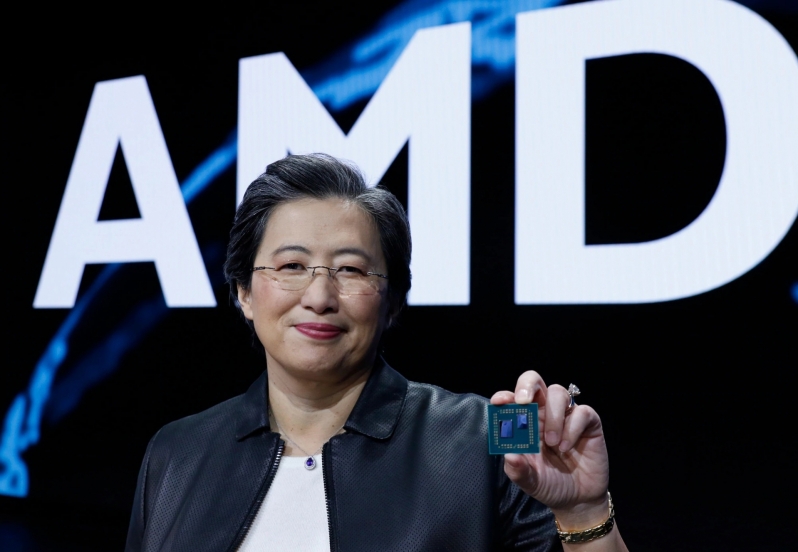 As reported by The Verge, AMD's Lisa Su has downplayed AMD's role within the cryptocurrency market, stating the crypto market is a "pretty volatile space" and a market that AMD is not focusing on at this time.

While Nvidia has attempted to nerf the cryptomining performance of its RTX GPUs with LHR (Lite Hash Rate) products, AMD has failed to deliver a similar solution. That said, Nvidia's LHR series GPU mining limitations have been bypassed by miners (either partially or fully), and Nvidia has developed dedicated cryptocurrency mining hardware to cryptocurrency miners to utilise.

By the end of 2022, the semiconductor market will return to a level of normalisation, which should hopefully mean that more GPUs will be available on store shelves and that consumer pricing for graphics cards and other products will return to normal. That said, there is always a chance that the chip shortage could continue until 2023, should semiconductor demand grow at a faster than expected rate.

You can join the discussion on AMD's CEO expecting the semiconductor shortage to ease in mid-2022 on the OC3D Forums.

Dawelio
At the end of the day, this is completely out of anyone’s hands, that is consumers that is, primarly gamers etc. This is the situation we, and the world, are in. Just deal with it already and stop whining about it. There are far more important things in life than a GPU.

It’s quite surprising how grown up people are literally crying, like they didn’t get what they wanted for christmas, on different forums just because they can’t get hold of an 3080 or similar.Quote

AngryGoldfish
Quote:
Not that I am glorifying it or condoning it, but for some people this is all they have that they enjoy in life. They work, and they game. They go to school, and they game. It's true that you can still game on older hardware and have an amazing time. I'm more trying to point out that I don't think it's the best to invalidate the addictions, or at least obsessions, that people have.Quote

Dawelio
Quote:
I am not trying to invalidate either... All I am saying is that if 50% of the time of people's life literally go to gaming, then they are missing out on life in general.

Why spend so much time whining on the internet, when in the end, no one can literally do anything about the issue? The issue will still be there.Quote

Warchild
Quote:
Remember that for some living in the middle of nowhere, where the nearest neighbour is 20km, or a dead town with no life left in it... friendships, families and communities are created in gaming.

Besides, I would rather have my son gaming than out on the street getting hooked on something while he "explores life"

I don't think the shortage will ease at all. As normality returns to the world with less restrictions, people will demand more. More phones, more cars, more chips for their TVs, more more more.Quote

Dawelio
Quote:
Fair point and I completely agree with you on that.

But then again, what effect will that do/have in terms of making it easier to get hold of an GPU today?...Quote
Reply