The meme has become a reality

When Microsoft and Sony revealed their next-generation consoles, memes regarding each system quickly flowed out of the internet. The Xbox Series X was commonly compared to a refrigerator, while the PlayStation 5 was called an oversized WIFI router by fans and critics. Earlier this year, Microsoft took this joke seriously, announcing their Xbox Mini Fridge, an Xbox Series X-styled mini-fridge that will allow their fanbase to "Xbox and Chill".

With this product, Microsoft accomplishes two things. First, they turn the Xbox Fridge meme into a positive for the company, highlighting how fun-loving the Xbox brand is and how willing the company is to make fun of itself. Second, it is another way for Microsoft to make money from their Xbox brand and gain more mind share for the Xbox brand. The Xbox Mini Fridge "World Premiere" video already has over 4.5 million views on YouTube, making the reveal a huge success for Microsoft.

The Mini Fridge will be large enough to store up to 10 cans and features two door-mounted shelves for additional storage. Like the Xbox Series X, the Mini Fridge also features a front-positioned USB port, which can be used to charge nearby devices.

You can join the discussion on Microsoft Xbox Series X-styled Xbox Mini Fridge on the OC3D Forums. 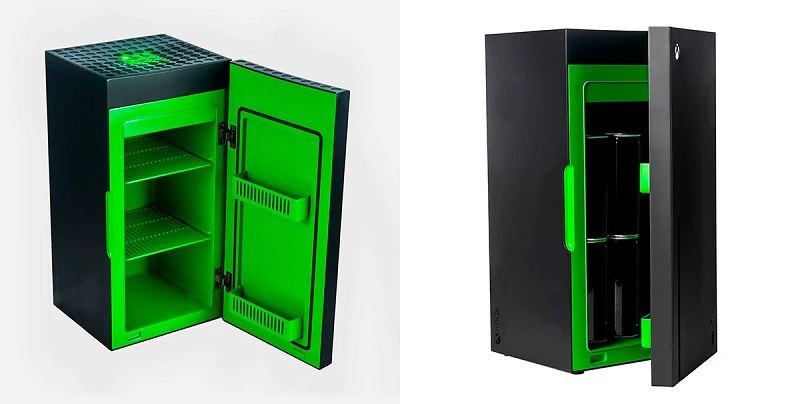