Back at E3 2018, Microsoft's Phil Spencer stated that Microsoft has several "consoles" in development, with industry insiders claiming that two new Xbox consoles would be being worked on, Project Lockhart, a lower-cost platform, and Project Scarlett, a higher-end unit which targets higher levels of graphical fidelity.

According to Brad Sams, an analyst who has made several accurate predictions about the Xbox platform in the past, Microsoft was disappointed by developer reactions to Microsoft's two-tier approach to next-gen. In effect, their plans for a lower-end Lockhart platform would limit the potential of Scarlett, as developers would target their games for the lower-end console and scale up to Microsoft's more powerful hardware, just like we already see with Xbox One X.

As it stands, Microsoft appears to have put its plans for Project Lockhart on hold, which is why Project Scarlett was discussed at E3 as Microsoft's only next-generation console. While Microsoft could still resume work on Lockhart, it seems more likely that the console maker is more likely to focus on Project Scarlett for high-end gaming and on its cloud-based Xcloud platform to deliver low-cost gaming experiences.

The idea behind Lockhart was simple, make a version of Microsft's next-generation Xbox with lower hardware specifications. This could be done by giving the console the same CPU as Scarlett while offering less combined memory and a lower-end version of Scarlett's graphics card. This would allow Microsoft to deliver the same games, given the console's CPU parity, but offer them at a lower gameplay resolution and with lower resolution textures. Lockhart could deliver a 1080p experience while Scarlett targets 4K.

While this seems like a logical plan for next-generation consoles, it forces developers to create games for two platforms from day-1, creates a lower-end hardware baseline than expected for "next-gen", forces Microsoft to develop two distinct console SoCs and will ultimately harm the sales of their high-end Scarlett platform. 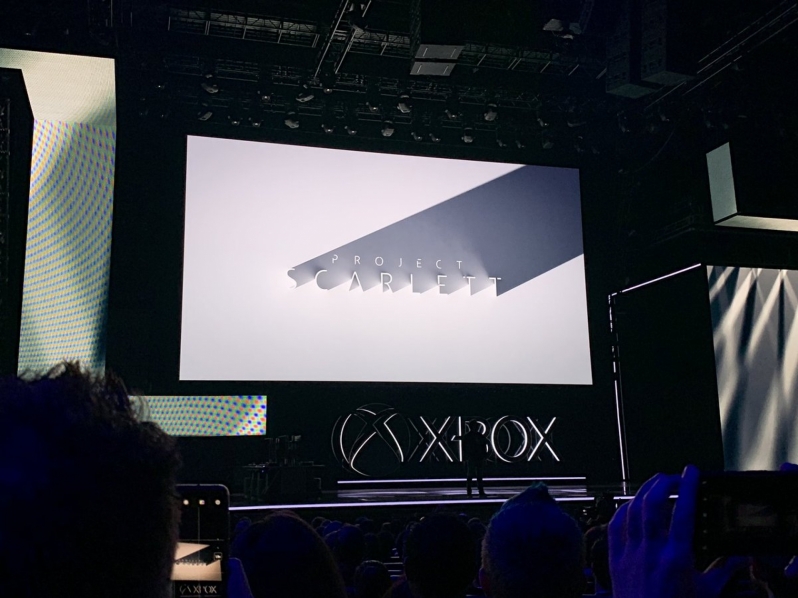 At this time it looks like Microsoft doesn't think the upsides of creating a lower-end next-generation console are worth its potential downsides, making Project Lockhart appear dead in the water.

What are your thoughts on Project Lockhart? You can join the discussion on Microsoft killing off their low-end next-generation console plans on the OC3D Forums.

tgrech
To be honest given they stated they planned to keep forwards/backwards compatibility with the current Xbox One models seemingly for at least the first round of new games I did wonder what the benefits were of refreshing the low end when going from past generations the existing models are likely to continue to sell as an intro system for a good few years into the "next gen" even without that cross-compatibility, most users probably wouldn't see or appreciate the CPU bump for a while at least. I guess the fact that Sony seem to be taking the same high-end exclusive route also removes the chance of them having to compete with new hardware in the budget sector anyway, while XboneX was arguably Microsofts strongest launch this gen and seems to have been taken as an indication from the companies that people are now willing to buy ~£500 full systems again.

I know a lot of people think PC gaming is getting too premium at the moment, but to be honest I think gaming in general is just becoming such a mainstream hobby that people are willing to invest more money into it, and companies will take any opportunity in any market to capitalise on that shift first, guaranteeing higher margins at the most cost sensitive period, while focussing on the raw market-share potential of more traditional price points second(I don't think the budget gaming market will disappear in PC or console but it does seem to have ceded space & focus to smartphone gaming, particularly outside of Europe).Quote
Reply