Maplin has gone into administration - 2,500 jobs at risk

Maplin has gone into administration - 2,500 jobs at risk

Maplin, one of the UK's largest retailers of electronics has gone into administration, placing over 2,500 jobs at risk. Right now the businesses failure has been blamed on several factors, such as weakening retail demand, the weak pound increasing the price of electronics and the withdrawal of credit insurance.

The company's Chief Executive, Graham Harris made the following comments to the press, confirming that the business had gone into administration and that Maplin's 217 stores will remain open for business during the administration process. PwC will be handling Maplin's administrative proceedings.

I can confirm this morning that it has not been possible to secure a solvent sale of the business and as a result, we now have no alternative but to enter into an administration process,

In recent months Maplin has been looking for a buyer for the retail chain, though sadly these attempts have failed. Regardless, Graham Harris believes that "Maplin has a place on the High Street" and that their stores "meets a customer need that is not supported elsewhere".

Market analysts have blamed Maplin's failure on the "Amazon effect", where consumers are becoming increasingly reliant on online retailers for consumer electronics. 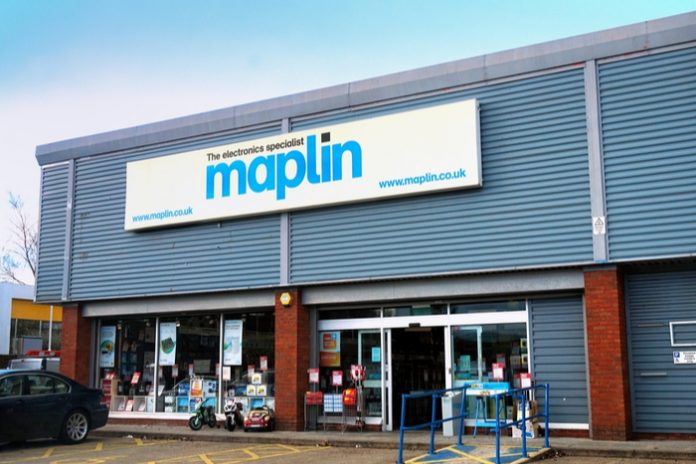 Administration proceedings in the UK are designed to salvage failing companies, where administrators (PwC in this case) will create a plan that will fulfil the company's financial obligations and do whatever is possible to create a more sustainable business.

In Maplin's case, this will likely involve a significant downsizing, with fewer retail stores and a lot less staff, selling off whatever assets they can to raise any necessary capital.

You can join the discussion on Maplin entering administration on the OC3D Forums.

AlienALX
Quote:
lol I was talking about Maplin on another forum yesterday and said that the only time I had ever ordered from them was their clearance lines. Everything else was 40% over priced.Quote

g0ggles1994
Quote:
So the same price as everyone else online? lmao

notcool
One of the reasons they're citing is a weaker pound, well, the pound has already recovered to what it was before the referendum. Seems like they're trying to blame anything, I suppose it is hard to compete with scumbags like Amazon and their workers who they burn into the ground and who pays little to no UK corporation tax.

Can't say I've ever even been to Maplin, none round where I live.Quote
Reply