Valve keeps delaying their official dock, and 3rd parties are taking advantage of this

3rd parties are launching Steam Deck docks before Valve can

When Valve first revealed their Steam Deck gaming handheld, a lot of gamers were interested in its docked and handheld gaming functionality. In essence, PC gamers can used Valve's Handheld system like a Nintendo Switch, using a single device for both on-the-go and on-TV gaming. Sadly, Valve has delayed their official Steam Deck dock, forcing consumers to look at 3rd party solutions.

iVoler is one of the newest companies to create a Steam Deck Docking solution, allowing Steam Deck users to output resolutions of up to 4K at 30Hz over HDMI 1.4 to connected screens and up to three USB 3.0 devices. The Dock is also relatively affordable, costing $35.99 in the US. While we would have preferred to have seen this dock include HDMI 2.0 for 4K 60Hz support, it is hard to see many games being pushed as high as 4K 60 Hz on Valve's portable gaming system.

Below is iVoler's Press Release for their Steam Deck dock and other accessories. 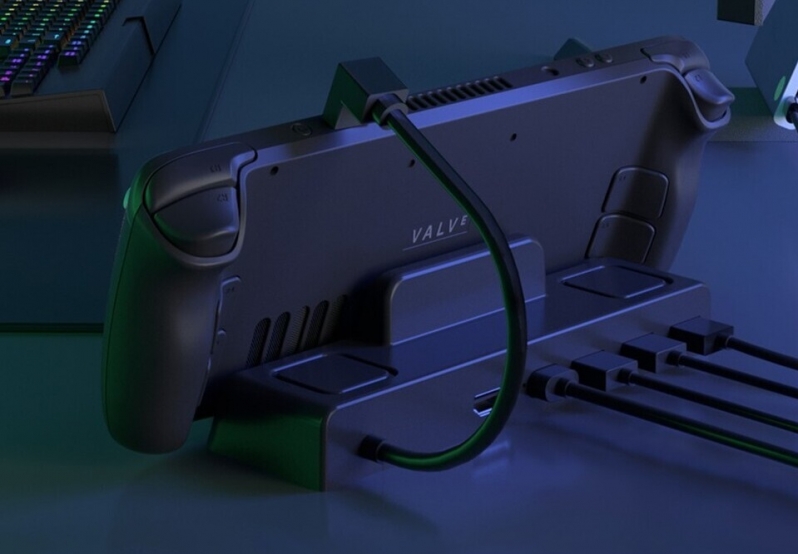 The Steam Deck is undoubtedly the most powerful handheld gaming console yet. And just like its close competitor Nintendo Switch, gamers were expecting a docking station from Steam so they could play their favorite games on bigger screens. However, the fans have only met disappointments as Steam keeps delaying the launch due to parts shortage. The delay has affected the gaming community as the launch was supposed to happen in spring 2022. However, a new 3rd party dock solution has emerged as a potential solution to gamers' woes; iVoler Steam Dock.

The iVoler team has been working diligently to release a 3rd party dock solution for Steam Deck for some time. They're happy to announce that their flagship device has finally hit the shelves and is currently available on Amazon in seven regions; US, CA, UK, DE, FR, IT, and ES. The iVoler 3rd party dock solution is a blessing for Steam Deck gamers as it supports up to 4K resolution @ 30 Hz, providing gamers with the best viewing angles and the most immersive gaming experience. It's a sleek and compact unit specifically engineered to accommodate Valve's handheld; even the design has a stark resemble with Steam's delayed docking solution. Plus, the team has paid close attention to making it more user-friendly and convenient. 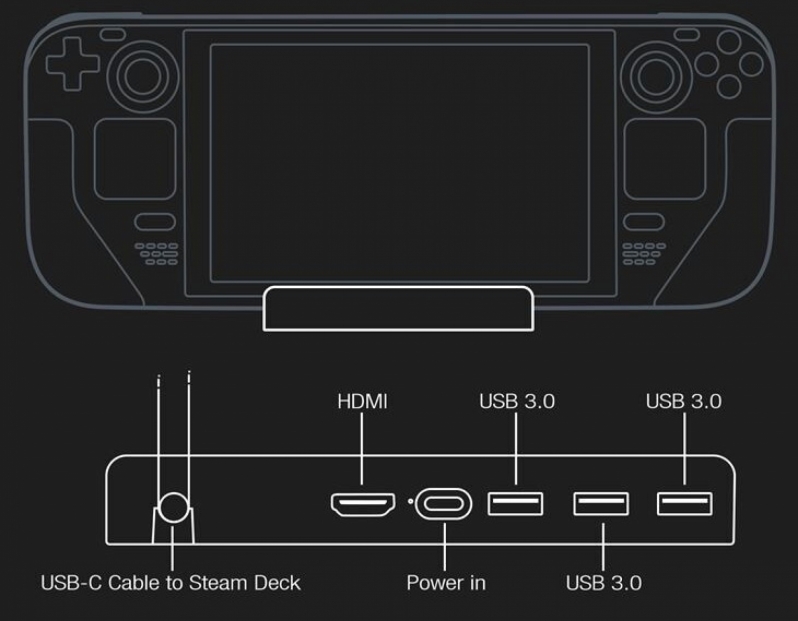 Coming on to the specifics, this flagship docking solution boasts a 65 W USB-C PD3.0, which is way faster than Steam Deck's 45 W. There are also 3 USB 3.0 ports well capable of transmitting up to a whopping 5Gps data. What's more, there's an angled USB-C cable meticulously designed to connect with Steam Deck. But here's the real kicker; the iVoler Steam Deck Dock only costs $35.99, ensuring users get value from every cent they spend on its purchase.

Furthermore, the docking solution is not the only peripheral iVoler has designed for Valve's handheld. Their Steam Deck magnetic stand and screen protector are quite popular among Steam Deck owners. With a foldable and lightweight body, the iVoler magnetic stand is made using sturdy aluminium alloy, has an anti-clip holding mechanism, and is equipped with silicone pads to avoid scratches. It also features a heat dissipation grill to keep the device cool during extended gaming sessions even if the Deck is on charge. 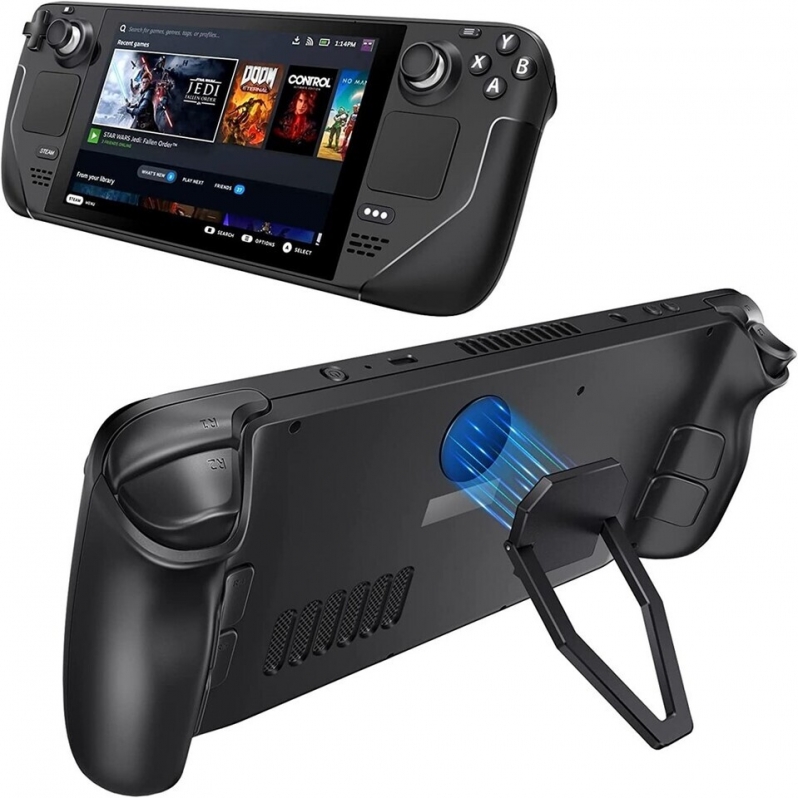 Moreover, the iVoler screen protector features a 7-inch size to perfectly compliment the Steam Deck's screen. It boasts a 99.9% transparent and ultra-clear design for the best and most immersive viewing experience. The protector is designed to be only 0.3 mm thick without compromising its durability or the super-responsive touch of the Steam Deck. Lastly, the screen protector is engineered to have a 9H surface hardness and an oleophobic coating on top to keep scratches and fingerprints at bay.

You can join the discussion on iVoler's Steam Deck Dock and accessories on the OC3D Forums. 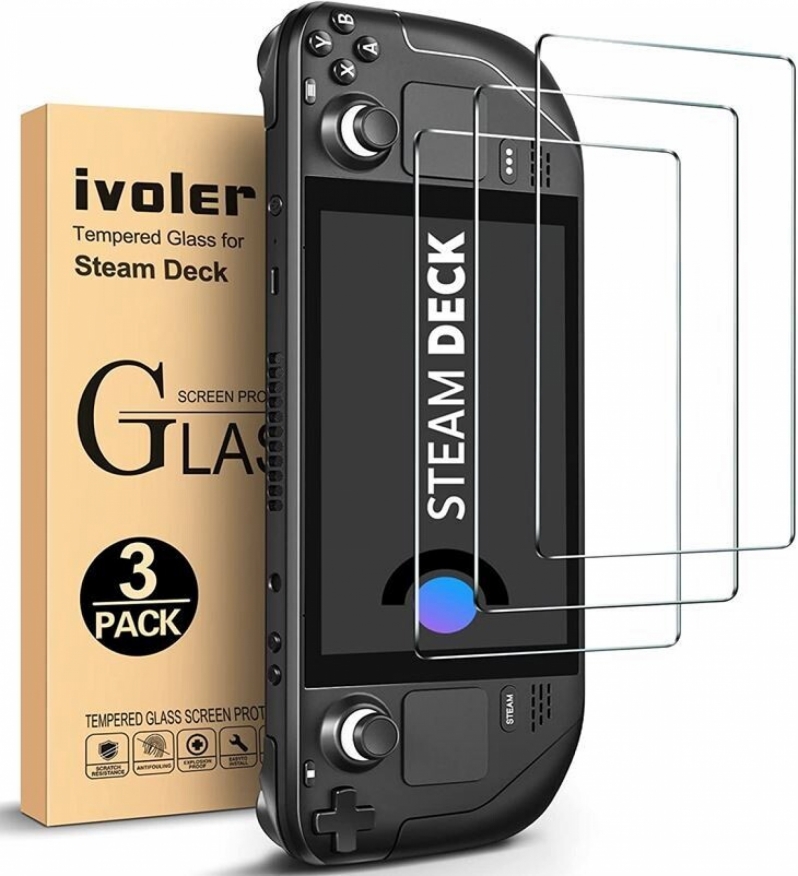