These changes will be implemented in June

Google has confirmed that they plan to ban all Cryptocurrency related adverts on their AdWords platform in June, including advertisements for ICOs (initial coin offerings), Cryptocurrency exchanges, wallet providers and more.

In addition to this change, Google has also banned ads for binary options, forex and financial spread betting, tightening their restriction on advertising for financial services. Back in January Facebook announced similar plans, which include similar bans on cryptocurrency advertisements on their platform, stating at the time that many of these ads are associated with misleading or deceptive practices as well as other online scams. It is likely that Google is implementing their own ban for similar reasons.

In recent weeks Bitcoin has dropped once again to under $10,000, dipping below $9,000 at the time of writing as a result of this news. This news is not expected to break the cryptocurrency market, though it will undoubtedly help fight the tide of cryptocurrency scammers which have hit the internet en masse in recent months. 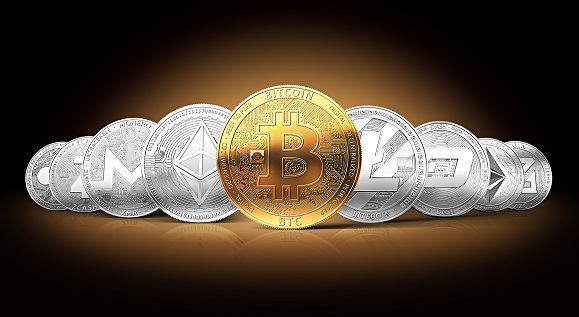 Those who despise cryptocurrencies will be overjoyed at the prospect of seeing fewer cryptocurrency related advertisements, while general internet users will be happy to know that they will see fewer intrusive financial ads in the near future.

You can join the discussion on Google's planned ban of cryptocurrency ads on the OC3D Forums.

AlienALX
Good. However, most of them are not bitcoin adverts they are click bait, leading you to a article about coins. I hope they are sharp on it tbh.Quote

Darkdayzzz
Quote:
I hope they are on top of it as well, but honestly....who is running chrome/firefox/opera/etc and NOT using atleast one adblocking extension?

Wait...wait...I just answered my own question: a lot of people probably. I install chrome alongside some extensions for work laptops whenever I have to work on them because it just makes everything better for the user.Quote

AlienALX
I'm using three, an NoCoin and Minerblock. Yet I still see ads from time to time.Quote

d3rrial
Finally... Those ICO scams were getting out of hand, what we really don't need is gullible people clicking on those ads and getting their hands burned..Quote
Reply