GlobalFoundries has filed lawsuits against TSMC within both the US and Germany, alleging that the latter has infringed on sixteen of the company's patents, seeking "significant damages from TSMC based on TSMC’s unlawful use of GF’s proprietary technology in its tens of billions of dollars of sales."

Within the lawsuit, import bans have been requested for several major TSMC customers, including Apple and Nvidia. Today, TSMC is one of the world's top silicon chip manufacturers, with customers which include AMD, Nvidia, Qualcomm, Apple, Mediatek and Huawei. If GlobalFoundries is successful, they could ban technology imports for some major PC manufacturers.

In this lawsuit, Apple, Asus, Broadcom, Cisco, Google, HiSense, Lenovo, Mediatek, Motorola, Nvidia, Qualcomm and Xilinx are all mentioned as defendants. AMD is not listed, despite being a major TSMC customer. Perhaps this is due to AMD's heavy use of GlobalFoundries silicon in their own recent product designs.

Below is lobalFoundries's press release on their upcoming legal battle, which uses TSMC's eastern origins to allege that Asian companies are illegally benefitting from the patented technological innovations of its Western rivals.

GLOBALFOUNDRIES (GF), the world’s leading specialty foundry based in the United States, today filed multiple lawsuits in the U.S. and Germany alleging that semiconductor manufacturing technologies used by Taiwan Semiconductor Manufacturing Company Ltd. (TSMC) infringe 16 GF patents. The lawsuits were filed today in the U.S. International Trade Commission (ITC), the U.S. Federal District Courts in the Districts of Delaware and the Western District of Texas, and the Regional Courts of Dusseldorf and Mannheim in Germany.

In filing the lawsuits, GF seeks orders that will prevent semiconductors produced with the infringing technology by Taiwan-based TSMC, the dominant semiconductor manufacturer, from being imported into the U.S. and Germany. These lawsuits require GF to name certain major customers of TSMC and downstream electronics companies, who, in most cases, are the actual importers of the products that incorporate the infringing TSMC technology. GF also seeks significant damages from TSMC based on TSMC’s unlawful use of GF’s proprietary technology in its tens of billions of dollars of sales.

“While semiconductor manufacturing has continued to shift to Asia, GF has bucked the trend by investing heavily in the American and European semiconductor industries, spending more than $15 billion dollars in the last decade in the U.S. and more than $6 billion in Europe's largest semiconductor manufacturing fabrication facility. These lawsuits are aimed at protecting those investments and the US and European-based innovation that powers them,” said Gregg Bartlett, senior vice president, engineering and technology at GF. “For years, while we have been devoting billions of dollars to domestic research and development, TSMC has been unlawfully reaping the benefits of our investments. This action is critical to halt Taiwan Semiconductor’s unlawful use of our vital assets and to safeguard the American and European manufacturing base.”

GF is filing these lawsuits to protect its investments, assets and intellectual property, which will help to ensure that semiconductor manufacturing remains a competitive industry for the benefit of its clients. 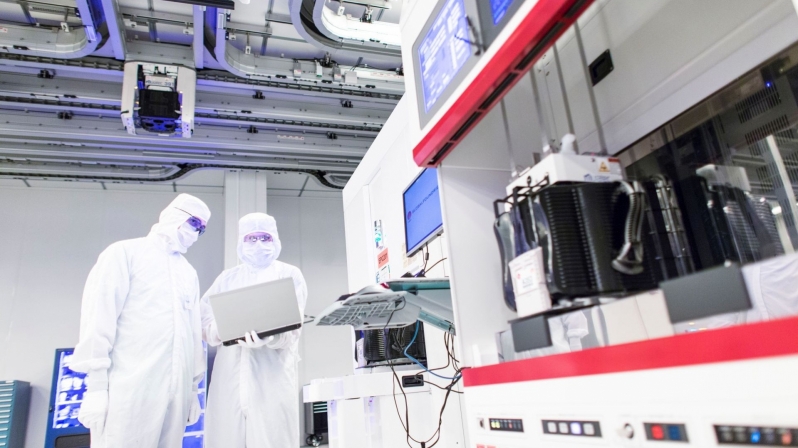 In this coming legal battle, TSMC has stated that they will "fight vigorously" and use "any and all options" to protect its proprietary technology.

TSMC is in the process of reviewing the complaints filed by GlobalFoundries on August 26, but is confident that GlobalFoundries’ allegations are baseless. As a leading innovator, TSMC invests billions of dollars each year to independently develop its world-class, leading-edge semiconductor manufacturing technologies. As a result, TSMC has established one of the largest semiconductor portfolios with more than 37,000 patents worldwide and a top 10 ranking for US patent grants for 3 consecutive years since 2016. We are disappointed to see a foundry peer resort to meritless lawsuits instead of competing in the marketplace with technology. TSMC is proud of its technology leadership, manufacturing excellence, and unwavering commitment to customers. We will fight vigorously, using any and all options, to protect our proprietary technologies.

You can join the discussion on GlobalFoundries legal complaints against TSMC on the OC3D Forums.