The phone only achieved 1% of its IndieGoGo target

Energizer's P18K Pop is designed to deal with the smartphone's greatest weakness, battery life, revealing their device at the Mobile World Congress with a staggering 18,000mAh capacity.

The handset was designed by Avenir, who licensed the Energizer brand name with hopes to mass produce their larger than average smartphone designs. Well... maybe above average is putting things lightly, as the device is around three times thicker than the average smartphone, making the device uncomfortable to use when placed into the pockets of users.

After the MWC, Avenir placed their P18K Pop onto IndieGoGo, offering the handset with an early bird price of $549, promising delivery in October 2019 with plans to generate $1.2 million through crowdfunding. Now that the phone's IndieGoGo campaign is over, we can confirm that the device is a flop, achieving only $15,005 in funding, falling 99% short of the device's financial goals.

While there was some enthusiasm when the Power Max P18K Pop was revealed, that excitement quickly disappeared once money got involved, as while a longer battery life is preferable, a mobile phone that's 3x thicker than the competition isn't. The sheer size of the Energizer P18K Pop may have a battery life that can withstand 48 hours of video playback, but the sheer size of the product fundamentally inhibits the device's portability, forging a handset that is heavy in hand and difficult to fit into pockets. 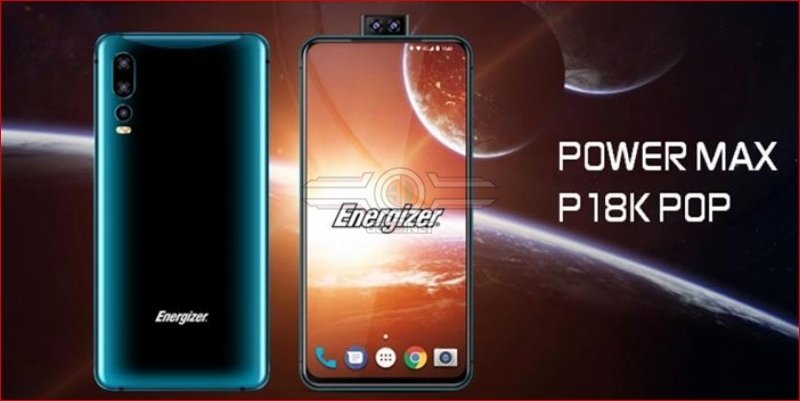 While the world wants a smartphone that can offer a longer battery life, the world also wants smart devices that are compact and easy to transport. The Energizer-branded P18K Pop harkens back to the days of brick-like mobile phones, making the handset incompatible with small pockets and uncomfortable to use due to the handset's size and weight. Perhaps Avenir shouldn't have gone all-in on battery life, as a thinner device would have been a much easier sell to consumers.

You can join the discussion on Energizer's big battery P18K Pop Smartphone IndieGoGo failure on the OC3D Forums.

looz
Because of its battery, 1% is still a massive amount.Quote

Warchild
Big hit amoung the Pokemon Go fan base i guess.Quote

Dawelio
So... is this a smartphone or just a battery case? Couldn't quite tell from the article lol.Quote

ImprovizoR
In awe at the size of this phone. Absolute unit.Quote

AlienALX
I'd love to see a moped gang try and snatch one of those !Quote
Reply