At Gamescom 2019, Elgato Gaming has officially revealed it's next-generation 4K capture card, offering users an enhanced feature set, a smaller form factor and support for plug and play support for a variety of streaming tools. 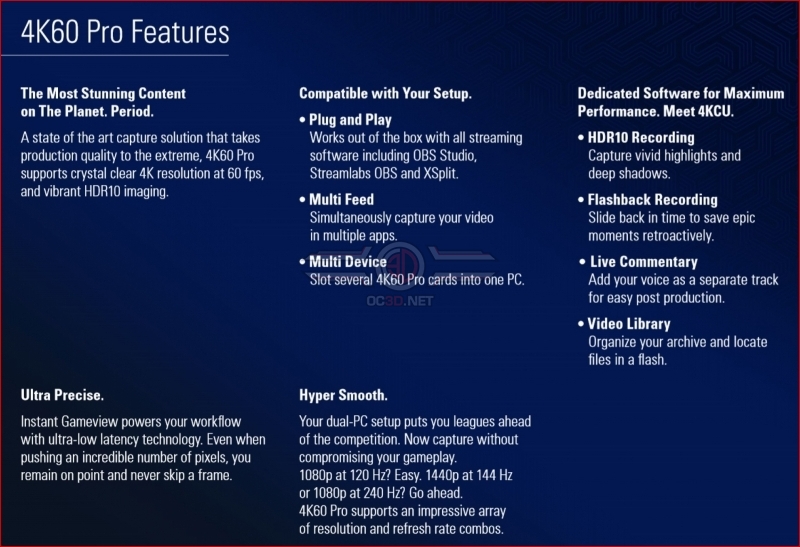 With this capture card, Corsair/Elgato has prepared itself for the coming 4K HDR streaming era, supporting modern consoles like the PS4 Pro and Xbox One X to their fullest extent. The 4K60 Pro HDR enables 4K HDR capture/passthrough at 60FPS, as well as 1440p 144Hz capture and 1080p 240FPS capture. No other consumer capture card can offer this.

Better still, Corsair is releasing the Elgato 4K60 Pro HDR with an MSRP of $249.99, which is much lower than the company's first 4K 60FPS capture card. Elgato's original 4K60 Pro (Non-HDR) capture card retailed for $399.99 until very recently, making the new 4K60 Pro HDR seem like a bargain by comparison.

For the most part, the PC system requirements for Elgato's 4K60 Pro HDR capture card are the same as its predecessor. The only major change being the fact that Elgato no longer recommends AMD's Radeon RX Vega 56. We do not know the reason behind this change at this time. 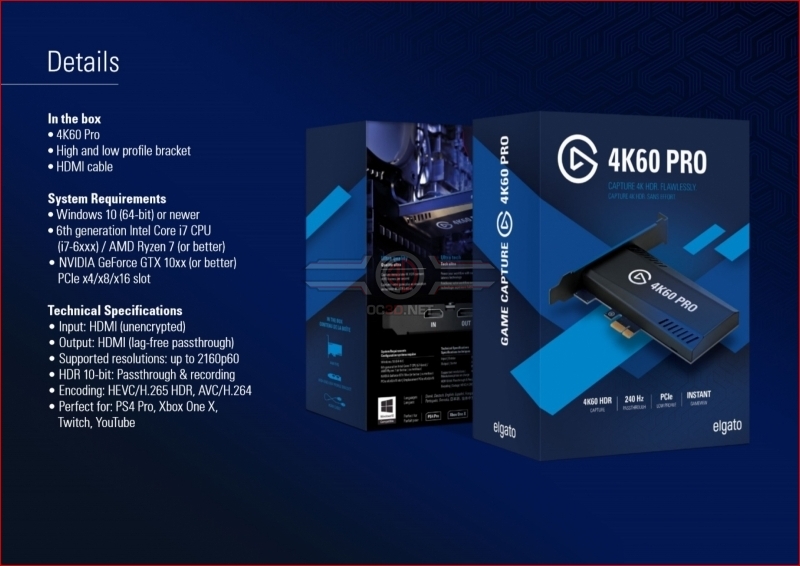 With the new 4K60 Pro HDR, Elgato has successfully made its 4K capture offerings cheaper, smaller and more feature-rich. In effect, the 4K60 Pro HDR is an ideal successor to the original 4K60 Pro. Add this to the fact that no other consumer capture card offers both HDR capture and pass-through support, and Elgato's on to a winner.

You can join the discussion on Elgato's 4K60 Pro MK.2 HDR capture card on the OC3D Forums.

NeverBackDown
This is actually pretty damn impressive. I really hope top streamers move on to at least 1440p 144hz.. though doubtful.

Guess it's now up to streaming platforms to support that kinda bandwidth.Quote

Jaxel
Quote:
The majority of streamers are on Twitch. Twitch can barely handle 1080p60. Only YouTube and Mixer can natively support 1080p60 right now with adequate bitrates.Quote
Reply